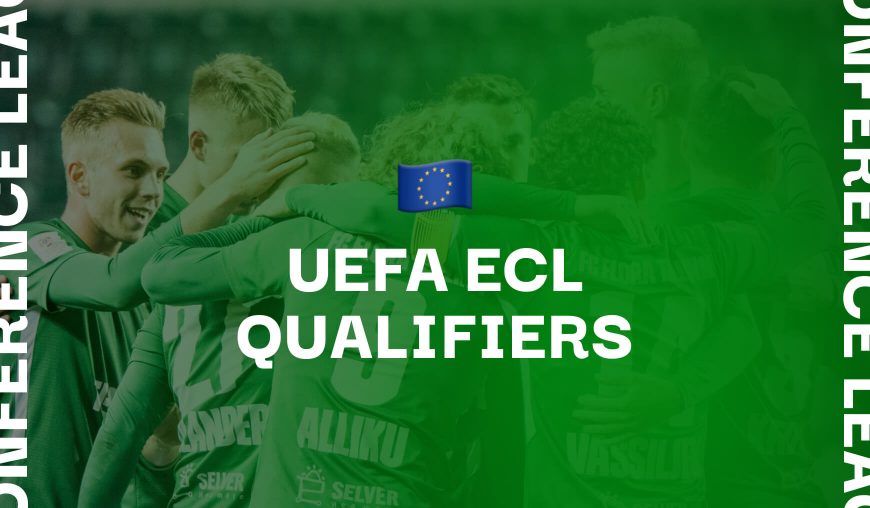 SJK’s return to European competition after a five-year break is another welcome relief from domestic strife. After finishing third in Veikkausliiga in 2021, then replacing coach Jani Honkavaara with Joaquin Gomez, things haven’t gone well at all. Just three wins in twelve matches and scoring fewer than one a game, the refresh has been anything but.

Having invested millions of his own Euros into the club, owner Raimo Sarajärvi has made bold claims at the potential of his club but seven years after their only championship, SJK have failed to push on. A beautiful new stadium has provided a full time home, but there has been precious little cheer. Notably, SJK have never won a European match in six attempts. If current form is an indicator, that run will be extended. Denys Olijnyk is the only SJK forward in anything like good form, with three goals in his last five matches, one of those in a cup win against the SJK academy side.

Their opponents this week present a very big test – Flora currently lead the Estonian league and have scored eight goals in the last two home games – more than SJK have scored in six matches. A relatively short trip for SJK could feel very long if Flora set out to establish a first leg lead. The two clubs have a connection with previous pre-season matches while SJK legends Mikhel Aksalu and Gert Kams have also represented Flora.

SJK have an uphill struggle here, coming away from this match with a draw would be an achievement but it’s unlikely.

League leaders KuPS are riding high going returning to the Europa Conference League and will be confident of progress again after a strong continental show in 2021.

KuPS progressed through to the play-off round last season only to be defeated by Union Berlin, but showed tremendous spirit in previous rounds, in particular, a spectacular comeback against Astana in Azerbaijan. The squad is largely the same this year, with Brazilian Gabriel Bispo now adding a goal threat with four in his last five, while Tim Vayrynen continues to lead from the front. New signings Valencic and Jensen are unavailable but should not be missed just yet.

There are some vulnerabilities in the side, particularly at full-back where goals and soft fouls have been conceded in the last couple of matches. Finland U21 right back Taneli Hamalainen is a tremendous prospect and will aim for the national team next year, but still has a lot to learn against more experienced and wily opposition. The centre-back pair of Diogo Tomas and Paulo Ricardo are tough however and concede very little ground through the middle.

Dila’s form has been patchy and other than a 4-1 win over Lokomotiv Tbilisi, tend to be involved in low scoring games, which should play well to the strengths of KuPS, who definitely expect to progress from this round. They’re not in the best financial position and further progress will see them likely to have to play home games elsewhere as their own stadium does not meet UEFA criteria. With a bigger squad this year, maintaining their title challenge with European matches and progress in the Cup should be a more manageable proposition and they’ll be looking to establish a first leg lead here.

Crusaders long serving boss Stephen Baxter will be looking for a positive result on Thursday night that will hopefully send his charges on their way to winning a European tie on aggregate for only the fourth time in 55 years.

Business on the transfer front over the past couple of months has been fairly quiet for the North Belfast side with the arrivals of Irish striker Dean Ebbe from Welsh side TNS and 29-year-old Rory McKeown from Team Wellington in New Zealand being the only major additions to a squad which finished third in the league last season.

The Crues have plenty of European pedigree within their team; Veteran forward Jordon Owens, the club’s record goalscorer, has scored six times for Baxter’s side in Europe down the years while 35-year-old Paul Heatley is also a threat up front having bagged five Europa League goals during his career.

On the minus side, their away record in Europe is far from impressive with only two wins in 23 games on their travels, while amazingly they have never kept a clean sheet in any of those European encounters.

In the build up to the fixture the Crues won three of their four pre-season matches the only negative being a 3-0 loss to Scottish premiership outfit St Mirren in Belfast.

Meanwhile, their opponents Bruno’s Magpies, who will be making their debut in European football when they play host to the Crues at the Victoria stadium, were only formed nine years ago and will be huge underdogs going into this game.

However, they will be encouraged by the fact that fellow Gibraltar side St Joseph’s, managed to hold another Irish League team, Larne, to a goalless draw at the same venue on Tuesday night.

I feel Crusaders’ previous European experience should just be enough to get them over the line, with a narrow 1-0 or 2-0 victory being the likely scoreline.

Paide, unfortunately, landed themselves a really tough draw in Dinamo Tbilisi, and not much is expected from Paide. Arriving in the Georgian capital in the very early hours of Monday morning, there was no time to rest as Paide set out getting used to the intense Georgian heat, with multiple training sessions.

Despite being 4th in the league, Paide have been very disappointing this year with even some calls for Head Coach Karl Voolaid to be sacked, after some very lacklustre displays – with 2, 94th-minute penalties missed to win games in 2 separate games to just add to the frustration.

Dinamo has recently changed manager and only managed them for 2 league games, this is something Paide can use to their advantage as Dinamo potentially get used to a new system, but Paide are not expected to do much, qualifying through the cup win, it’s hard to see them coming away with anything in this game.

Often touted has having the best attack in the league, Paide have been poor in front of goal in recent weeks, failing to convert even the easiest of chances.

Deabeas is Paide’s biggest threat but also Paide’s most inconsistent player, on his day he can be unstoppable, but these days are few and far between. The rest of the team are looking tired, despite having the depth to rotate it hasn’t happened as much in recent weeks.

Dinamo will have too much for Paide in this one, despite having a new manager. Paide will probably begin to tire after the hour mark and this is where Dinamo perhaps will start taking advantage.

Of all the Irish League clubs in European action this week Cliftonville arguably have the toughest task when they travel to face Slovakian side Dunajska Streda who finished fourth in Fortuna Liga last season.

The Reds, who finished just a point behind eventual Irish League champions Linfield last term, have strengthened their already impressive squad over the past few weeks with a number of key signings. The biggest coup for head coach Paddy Mclaughlin’s over the summer was to get striker Ronan Hale, who scored 19 goals for Larne last season, to join his older brother Rory at Solitude for the forthcoming campaign.

It means that Cliftonville will have one of the most feared forward lines in Northern Ireland this season with Hale linking up with the club’s record goalscorer Joe Gormley and Ryan Curran, both of whom scored 24 goals for the North Belfast outfit last term.

Last season the Reds kept a total of 21 clean sheets which was mainly down to the formidable central defensive partnership of Jonny Addis and Luke Turner, who has incidentally now returned to Solitude from Aberdeen after spending the whole of last season on loan with the Irish League side.

However, Cliftonville’s preparations for Thursday’s qualifying match have been far from ideal with McLaughlin’s charges having lost all four warm-up games scoring just three goals in the process.

Meanwhile their opponents Dunajska Streda will be seeking to progress to the next stage of the competition after falling at the first hurdle of the Europa Conference league last season when they lost 3-0 on aggregate to Serbia’s FK Partizan.

History is not really on Cliftonville’s side as in 19 previous European games they have only ever managed one victory which was in the Intertoto Cup against Latvian outfit Dinaburg 15 years ago.

The quality of Cliftonville’s strike force suggest they could well nick a goal against Streda, however, the Slovakian side should still have enough experience in their ranks to overcome the Irish part-timers.

Sign up to Betfair and get a full refund if your first bet loses. Grab an account through the offer below and place £20 on the 7/1 Europa Conference League Qualifiers Best Bets Accumulator. Here are the two possible outcomes: