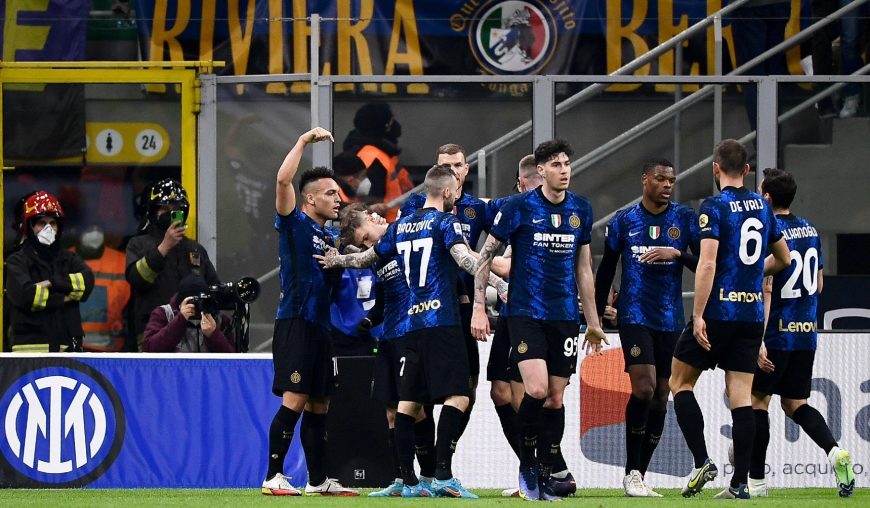 Sunday night’s Serie A action wraps up in Turin as Torino host Inter Milan. Inter will be vying to end the night with three points, as starting to pick up wins will be crucial for their title charge, after finding themselves on a run of disappointing results. However, if Torino beat their opponents, this would be a monumental three points in terms of them charging towards a top 10 finish in the league.

Inter are currently sat 2nd place in the league, only two points behind their fierce rivals, AC Milan, in top spot. With a game in hand, Inter will understand the sheer importance of picking up as many points as possible if they want to pull away in the title race.

Torino currently find themselves in 11th place in the table. They are five points away from 10th place with a game in hand, so picking up a good string of results is needed to make sure that the gap to the top half of the table doesn’t expand.

Torino have no wins in their last six league games, which builds on the pressure for the hosts, as Inter will see this fixture as an easy opportunity for three points. With Torino’s confidence being fairly low due to their recent form, they may struggle against one of the main favourites for the title.

Inter, however, aren’t on the best run of form themselves. Only picking up three wins in their last eight league games, they will be looking to start a winning run, in order to sprint away in the title race. Despite this, Inter are the fourth best team in the league in terms of away form, so they will more than likely fancy themselves to pick up a win against Torino. Inter have only lost one of their 13 away league games this season, highlighting their good form whilst on the road.

With the reverse fixture ending up in a 1-0 win for Inter, we’re hoping for some more action tonight, but it wouldn’t be surprising if Inter ran out winners again

Have a look at my bet builder selections below, as well as the Cheat Sheet, as Sunday’s European action draws to a close.

With Torino coming up against Inter at a time where their recent form is less than spectacular, this will provide them with a good chance to get something out of the game. Looking at the goalscoring form of both sides, I’m backing both teams to score on Sunday night.

Per home game, Torino score an average of 1.86 goals. This shows that they give their home fans something to cheer about on a regular basis, and don’t have too much trouble finding the back of the net. Similarly, Inter manage to rack up an average of 1.92 goals per away game. Even though it is more likely that Inter may outscore their opponents, it seems like there is a good possibility for both sides to get on the scoresheet.

At half time, Torino have seen at least one goal scored in 86% of their home matches. Comparing this with Inter, they have gone into the break with at least one goal in 89% of all their matches. In terms of how the match is going to play out, this suggests that we will most likely see some action in the first half, as this selection should almost be achieved at the break, with the likelihood being that one team is going to score before the first 45 minutes are up.

Torino have conceded one goal or more in 10 of their 14 home league games this season, showing their vulnerability to defending in front of their home crowd. This provides a great chance for Inter to score, as the hosts aren’t too tight at the back. These hopes of scoring are bolstered for Inter, as they have managed to score in 11 of their 13 away games this season, proving that it shouldn’t be an issue for them to find the back of the net.

Torino have only failed to score in 7% of their home games this season, as they have found the net in 13 of their 14 home matches. With these stats showing the large chance that both sides will score in the match, this reinforces this selection very nicely.

With Inter’s form starting to pick up again, and the previous selection highlighting Inter’s incredible ability to score away from home, I’m backing Lautaro Martinez to end up on the scoresheet.

Scoring a hat trick in Inter’s previous league game, the Argentinian is in fine form as his confidence is running high. Despite being knocked out of the Champions League in midweek, they managed to beat Liverpool on the night, with Martinez scoring which gives the Inter squad a silver lining amidst the initial disappointment. With growing confidence in the squad that they can start putting a run of wins together, Martinez is the goalscorer in form that I expect to run the show against Torino.

Racking up 14 goals in 25 appearances this season, Martinez is a clinical striker that is expecting to start increasing his goal tally, after Inter have come out of a mediocre run of results. The 24-year-old scores an average of 0.80 goals per 90 minutes of football, showing his reliability to get on the scoresheet for Inter.

Averaging 4.08 shots per match, this stat proves that Martinez is a crucial attacking outlet for this Inter side. With great finishing ability and a natural striker’s instinct, he hasn’t been short of goals this season, as he manages to create chances on a frequent basis. This highlights his heavy involvement in matches, as he is always creating chances for himself. With 1.67 of these shots hitting the target per match, this reinforces his constant ability to test the keeper. With his clinical finishing which has led to an impressive current goal tally, it won’t take too long before Martinez finds the back of the net again.

With Dzeko next to him in his strike partnership, his teammate that boasts a wealth of experience will only help Martinez create more chances, as two talented strikers that work together brilliantly will only provide more chances for each other. Because of Martinez’s impressive recent goalscoring run, I’m backing him to find the net against Torino.

Rolando Mandragora to be Shown a Card

With Torino possibly being out of possession and on the back foot during the match as Inter’s recent form has started to improve, I’ve had a look at who I expect to struggle on Sunday night, deciding on Rolando Mandragora to be booked.

The Italian commits an average of 2.21 fouls per game, which may be an issue when he comes up against Inter’s fleet of attacking talent. There are five potential starters in the Inter side that draw an average of 2+ fouls per game, as per the Cheat Sheet below, which will keep the Torino players on their toes, as they attempt to make some clean challenges.

Mandragora has started the last six games that he has been available for. There has been a couple that he has missed out on due to constantly receiving suspensions. His current habit of accumulating a handful of cards should work to our benefit, as Mandragora has proven himself to be one of the most hot-headed players in the squad.

With Torino picking up 16 yellow cards in their last five games, this trend of having a few players in the book should carry on tonight, as the referee averages 4.22 yellow card shown per match. Due to picking up 7 yellow cards this season already, I expect Mandragora to be booked yet again, as he could struggle against a talented Inter side.

With Mandragora only being able to tackle 30.8% of the dribblers that he comes across, this highlights a scope for error as the 24-year-old has a reputation for the odd reckless challenge. With the opportunity for cards on Sunday looking good, I’m backing Mandragora to end up in the book.

Prediction: Rolando Mandragora to be Shown a Card

Back the 8/1 Torino v Inter Bet Builder below ⬇️

Sign up to Paddy Power and get a full refund if your first bet loses. Grab an account through the offer below and place £30 on the 8/1 Torino v Inter Bet Builder. Here are the two possible outcomes:

How to watch Torino v Inter in the Serie A