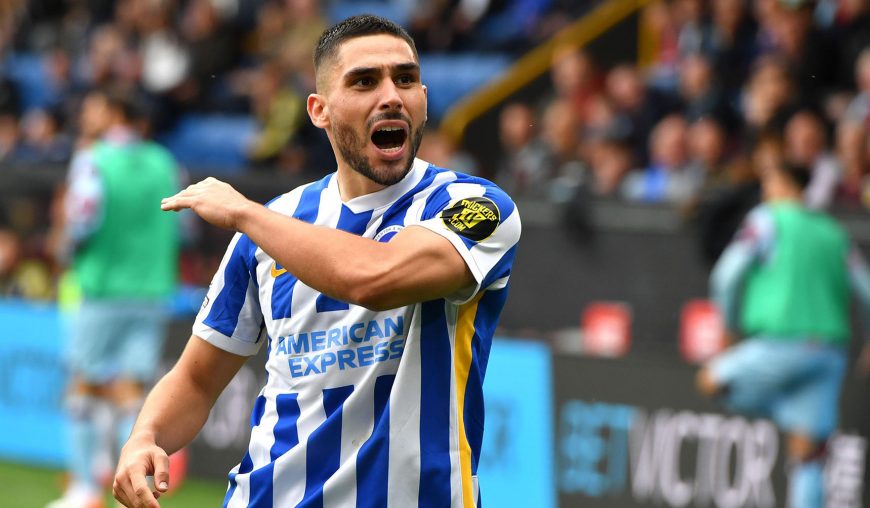 One of three all-Premier League ties in the fourth round of the FA Cup is being played on Saturday night in North London between Spurs and Brighton so I have set up a Bet Builder along with my research for the game and a Cheat Sheet for this fixture!

Tottenham lost to their London rivals Chelsea 3 times in January, failing to find the net once in these fixtures. This would seem to mark Spurs’ January fixtures as inconsistent winning 3 and losing 3. However, in games not against Chelsea, they performed very well, securing League victories against Watford and a phenomenal comeback against Leicester, in which Steven Bergwijn followed up his yellow card in the 94th minute with 2 goals which earned Tottenham 3 vital points.

Tottenham now sits on level points with Arsenal in the hunt for Champions League football and with at least one game in hand on all the teams above them, their hopes of competing in Europe’s biggest competition are certainly not done. However, having been unceremoniously dumped out of the conference league and Chelsea offering no hope of success in the EFL cup, Tottenham’s only hope of lifting silverware for the first time in 14 years lies with the FA cup.

Brighton is the team standing in the way of Spurs FA cup progression and with the Seagulls unbeaten in 7 they will travel to Tottenham’s stadium full of confidence. This should set up a fascinating game on Saturday night. In the last round against West Brom, Graham Potter sent out a strong Brighton side seeming to suggest that he is taking this competition seriously and avoiding rotation.

Antonio Conte on the other hand is slightly less easy to predict, this is because Spurs were relatively untested in their last fixture against Morecombe allowing them to rotate the squad. I expect players like Harry Kane to start to keep his match fitness up. However, players like club captain Hugo Lloris are significantly harder to predict if Conte takes the opportunity to win silverware seriously and puts his best foot forward, playing players like Lloris, odds of 20/23 look strong on for a Tottenham win but without the foresight of a team sheet, I don’t personally feel confident tipping it in advance.

Both Teams to score

Brighton has been the team in the premier league this season for draws with all of their last three fixtures finishing 1-1. Brighton has now drawn 12 games in this campaign 2 more than any other team in the league and with this form, the potential for it to happen again in regular time is more than possible. However, it is not the draw that this selection is covering, the draws are prevalent because despite drawing 12, only 3 have been goalless suggesting Brighton not only tend to score but also to concede. In 22 games they have found the net 23 times and also conceded 23 times averaging around a goal scored and a goal conceded in each game.

Tottenham’s record is fairly similar as in two fewer games they have scored 26 goals and conceded 24. With the number of goals in cup games often being higher than in the league, the possibility of this game having a high number of goals is likely and with both teams averaging over a goal scored and conceded per game in the league both teams to score at 1.75 seems to be a strong selection in this and other bet builders with the uncertainty over the outcome due to unpredictable team selection.

Prediction: Both teams to score

After his incredible late performance, I think Bergwijn will start this game. Despite new signing Kulusevski being registered and having trained with the squad, I don’t think Conte will start him, although he may make an appearance. He has not featured much for Spurs this year having played only 400 minutes in the league making only 4 starts. However, the cheat sheet clearly shows Bergwijn has a strong output leading his team in shots on target per game at 1.52 and averaging 2.83 shots. Equally, if you watched the Leicester game it was clear Bergwijn is still one of Tottenham’s strongest goal-scoring threats.

Bergwijn to have a shot on target in this game is also very well priced when compared to other players with similar outputs on the cheat sheet. For example, Harry Kane, who averages fewer shots on target per game is priced at 1.08 compared to Bergwijn at 1.57. For these reasons combined with the recent noticeable absents of Son, if he does start for Tottenham on Saturday. Steven Bergwijn to have a shot on target is a very solid selection in any bet builder.

Yves Bissouma to be carded

With all the speculation around Bissouma’s future at Brighton in the January transfer window over, Potter will be very pleased to welcome the player back into his midfield as he returns from the African Cup of Nations where he was competing for Mali.

In Arsenal’s last cup fixture a very similar situation unfolded with Thomas Partey returning from AFCON duty with Ghana, this resulted in the player earning two cards in the space of 3 minutes and being sent off in the EFL cup despite having only come on in the 76th minute. Unlike Partey, Bissouma is expected to start and I think history may repeat itself with on Saturday.

The player already averages a high number of cards. Despite not featuring on the cheat sheet Bissouma has picked up 6 cards in the league this season, more than any other Brighton player, and with the added pressure of returning to the team, he could be a strong option for a player to go into the referee’s book. Bissouma is priced at 3.5 to be shown a card on Paddy power and will offer the strongest odds boost of the three selections in this Bet Builder.

Prediction: Yves Bissouma to be carded

Back the 9/1 Tottenham vs Brighton Bet Builder below ⬇️

Sign up to Paddy Power and get a full refund if your first bet loses. Grab an account through the offer below and place £30 on the 9/1 Tottenham vs Brighton Bet Builder. Here are the two possible outcomes:

How to watch Tottenham v Brighton in the FA Cup