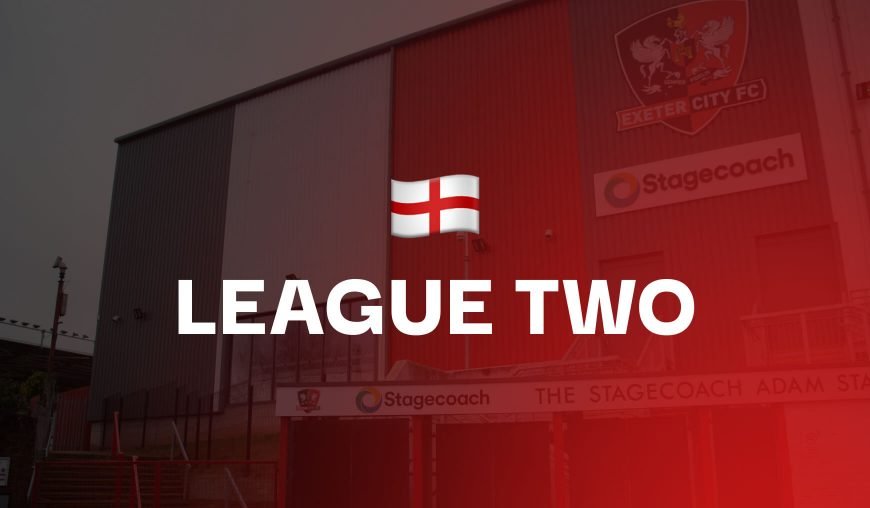 Mansfield Town are well in the hunt for promotion and are currently sat in 6th place in League Two with three matches left to play.

﻿They have a game in hand on the likes of Northampton Town, Bristol Rovers and Port Vale around them on Tuesday at home to Stevenage and will be desperate to capitalise on it. The Stags picked up a useful 2-0 home win over Crawley Town last time out thanks to goals from Jamie Murphy and Lucas Akins either side of half-time. It was a big win for Nigel Clough’s side and his first-team coach Andy Garner took over post-match press duties afterwards and said it was an “excellent” result. The Nottinghamshire side were boosted by the return of attacking pair Murphy and Rhys Oates against the Red Devils following their respective injuries and having them both back for the remaining few games is great news for the club. Left-back Stephen McLaughlin also started after being struck down with Covid recently which meant the services of Kieran Wallace weren’t required in the end. Mansfield’s home form is very strong and they have lost just once at Field Mill in their last 15 outings, which was against Sutton United earlier this month, and they will be confident of picking up another win.

﻿Stevenage have nothing to play for now and are already safe with Scunthorpe United and Oldham Athletic relegated to the National League. Steve Evans, who was brought in to replace Paul Tisdale last month, has kept them up and they can afford to put their feet up now. The former Rotherham United and Peterborough United manager says he has inherited a “great group” but they are in for a tough game as they make the trip to his former club Mansfield this week, despite their current decent run of form that has seen them go unbeaten in their last four. ﻿﻿They are still the third lowest scorers in the whole of League Two though and only Harrogate Town, Oldham and Scunthorpe have leaked more goals. In terms of team news, the Hertfordshire outfit have a clean bill of health but could look to freshen up their side on the back of the sheer number of games they have had recently. The fact they have safety secured means they could look to give some youngsters and fringe players the chance to impress, which could play into the Stags’ hands as they need the win way more now.

﻿Swindon Town still have a chance of making the play-offs as they take on promoted Forest Green Rovers this Tuesday night.

﻿The Robins have kept their hopes of making a late charge for the top seven alive following their impressive 3-0 away win at Hartlepool United. They have welcomed back key attacking midfielder Harry McKirdy back from injury at the best time possible and he chipped in with two goals against the Pools to take his tally to 20 goals for the season. Defender Mathieu Baudry added a third late on to take the Wiltshire club to within two points of the play-offs with three matches left to play of the season. Their boss, Ben Garner, believes his side would win them if they managed to get there. In terms of team news, Peterborough United loan man Joe Tomlinson remains sidelined with injury but that hasn’t proved to be a problem for Swindon with academy graduate Ellis Iandolo impressing at left-back instead, having spent a bit of time this term playing on the left side of central midfield. The Robins need the win way more than Forest Green and beat them 2-0 away back in October which shows they are capable of overcoming the league leaders and that will give them confidence.

﻿Rob Edwards’ side are up after their 0-0 draw away at Bristol Rovers on Saturday and can look forward to playing League One football for the first time in their history in the next campaign. They have been the best side in the league by far over the past nine or so months and ﻿their manager says it “feels amazing” to have got themselves over the line. The Gloucestershire outfit can afford to relax now and their 27-goal top scorer Matty Stevens is out injured which is a great news for Swindon. He is out until the summer with an ACL injury and has been replaced up top by Josh March, who has only managed to score three league goals this season. Forest Green are beatable at the moment and that has been proven by some of their results over recent times. They lost 1-0 to Bradford City and drew 1-1 with Leyton Orient at home last month, and were battered 4-0 away to Barrow a couple of weeks ago. The Robins will be hoping that those performances crop up again this week.

﻿Exeter City are on the brink of promotion to League One after their 2-0 home win over Rochdale on Saturday.

﻿The Grecians are very close to joining Forest Green Rovers in the third tier after goals from Timothee Dieng and Matt Jay either side of half-time. Their boss, Matt Taylor, says reaching 80 points with three matches left to play is an “﻿﻿outstanding achievement” by his side. They are in great form at the moment and have lost just once in their last 11 outings. They will be in good spirits ahead of their clash against Barrow on Tuesday night due to the fact they have won their last four games at St James Park and haven’t lost on home soil in their last 10 in a run of results spanning back to 11th December when Tranmere Rovers beat them. They were without key defender Sam Stubbs against Rochdale as he has picked up a knee injury. Nevertheless, they didn’t miss him at all and still picked up a clean sheet with Cheikh Diabete stepping in for him and Taylor said he was “﻿was really pleased with the backline” which suggests he could go for that again this week.

﻿Barrow boss Phil Brown sang with a microphone on the pitch when he kept Hull City in the Premier League back in 2009. There was no repeat of that at Holker Street on Saturday after the Bluebirds’ 1-0 win over Sutton United has guaranteed their place in the Football League for next term, but their manager will be equally as delighted to have achieved his objective. Midfielder John Rooney’s first-half goal was enough for the Cumbrian side to pick up an impressive three points against a promotion chasing U’s side and they are now unbeaten in their last three outings. However, they have nothing to play for and will be in for a very tough clash against Exeter, especially due to the fact they have won just once in their last seven away games and that was against bottom of the table Scunthorpe United. To make matters worse, Barrow will also be without key winger Josh Kay for their journey down south after he picked up a red card over the weekend. He has chipped in with eight goal contributions this season (five goals and three assists) and is likely to be replaced by Josh Gordon or Ollie Banks against the Grecians. The Bluebirds remain the third lowest scorers in the league and Exeter should win this one if they score first.

Sutton United’s play-off hopes were dealt a big blow over the weekend after their 1-0 loss away at Barrow.

John Rooney’s first-half goal was enough for the hosts to pick up all three points and the U’s went back to London with nothing. They are clinging onto their place in the top seven by a thread and are only a point above both Salford City and Tranmere Rovers. However, their one saving grace is the fact they have a game in hand on the teams around them and they will be desperate to beat Crawley Town on Tuesday night. Their boss, Matt Gray, said it was a “frustrating” afternoon against Phil Brown’s side on Saturday but their impressive home form will give them confidence they can bounce back this week. Sutton haven’t lost at Gander Green Lane in their last 14 outings there in a run of results spanning back to their last defeat on home soil against Walsall back on 30th October. They received a welcome boost by bringing defender Joe Kizzi and attacker Will Randall back into their squad at Holker Street and could have key midfield pair Craig Eastmond and Harry Beautyman back from injury which will be great news.

﻿Crawley have suspended manager John Yems and their player Lewis Young, the brother of Premier League star Ashley, is in interim charge. He took over for their game against Mansfield Town last time out but they lost 2-0 to the promotion chasing Stags. The Red Devils have absolutely nothing to play for now in their remaining three games and have fallen short of the play-offs. It has been a turbulent past month or so for the Sussex outfit following the club being taken over by WAGMI United and all the off-field ongoings appear to have caught up with the players now based on their lacklustre performance at Field Mill. Young said it was a “﻿disappointing” result for them and faces another tricky away trip to Sutton. Crawley will have to compete with without key attacking midfielder James Tilley, who will be out of the game through suspension after picking up a red card against Mansfield. The former Brighton and Hove Albion man has been ever-present this term, making 33 appearances in all competitions, and is likely to be replaced in the starting XI by veteran Mark Marshall or young attacker Oramide Oteh. Crawley can take their foot off the gas now and Sutton need the victory more which should play into the hosts’ hands.

Sign up to Betfair and get a full refund if your first bet loses. Grab an account through the offer below and place £20 on the 5/1 League Two Best Bets Accumulator. Here are the two possible outcomes: