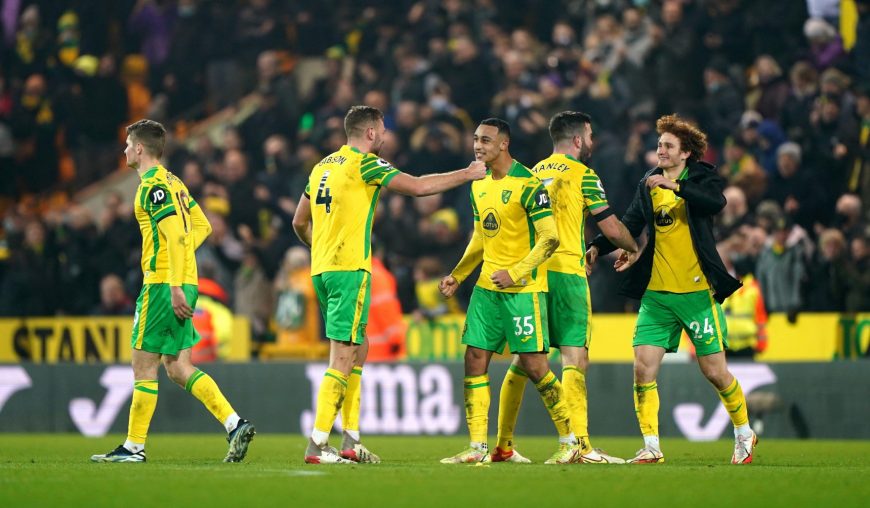 Friday Night Football presents a bottom of the table clash, as Watford take on Norwich at Vicarage Road in the Premier League. With both teams struggling for points this season, this game will be paramount for both sides’ campaigns, as the three points on offer will be invaluable as they may prove the difference of relegation or survival come the end of the season.

Both teams enter the fray with identical form in their last eight games, with one victory a piece, one draw each and six losses to make up the numbers. With Watford not being able to pick up three points in their last seven games, Norwich will be able to carry more momentum into the game as they are fresh off a 2-1 victory versus Everton.

In terms of the current state of the bottom of the league table, Norwich are placed in 18th position, only one point below their opponents in 17th, however, the Canaries have played two more games than their upcoming hosts. Looking forward from a Watford perspective, they are five points off 16th place which will need to be reduced sooner rather than later in order to boost confidence that they will be playing in the Premier League next season.

With Claudio Ranieri in charge of The Hornets, games like this will prove if he has the squad to fight off the threat of the relegation zone. Similarly, Norwich boss Dean Smith will be expecting no less than a win for his side, to prove that he was the right man for the job after taking over from Daniel Farke earlier on this season.

This is one of the most important games towards the bottom of the table this season, so have a look the Cheat Sheet and enjoy the Friday Night drama!

In a game where small margins can make the biggest difference, I’m backing Emmanuel Dennis to be the key man in Watford’s performance and produce goals when it matters the most. The Nigerian averages a total of 2.4 shots per game, with 1.3 of those hitting the target. Coming up against a Norwich side that has less quality than other Premier League opposition that Dennis has faced, I find it even more likely that the number of shots that Dennis will make for himself will increase. This will lead to a greater amount of goalscoring opportunities for the 24-year-old, which I expect him to tuck away for the home side.

The prospect of Watford scoring tonight seems likely, and Dennis is the man I expect to represent Watford on the scoresheet. Norwich have conceded at least one goal in their last eight games, showing that their defence isn’t as tight as it could be, paving the way for Dennis to create some serious goal scoring chances.

Watford score an average of 1.21 goals per game in the league this season, and against a Norwich team that are seemingly struggling for survival, the chance for this total to increase will be higher, as the defence of Norwich may not pose a threat to the Hornet’s attack that Premier League heavyweights have posed on them this season.

With Dennis not being at AFCON due to Nigeria not calling him up in time, I expect the striker to be ‘baring fangs’ as he will be on a mission to suck the life out of Norwich on Friday Night.

Adam Idah to have 1+ Shot on Target

With both sides recently producing some poor results amidst some rocky form, Norwich will be throwing themselves into the match on Friday Night, as a win may prove to be the catalyst for turning their season around and charging towards a safe position in the league. As Norwich are expected to pile on the pressure to attempt to get a crucial result, I expect Adam Idah to be amongst the action and to be providing a large attacking threat for the visitors.

Scoring a goal in Norwich’s previous game against Everton where the Canaries came away victorious, Idah will be carrying individual momentum as the striker is finding himself in good form. This enhances the chance for Idah to test the goalkeeper, as his confidence will be booming after a positive performance last time out. This is a huge reason why I expect the Irishman to hit the target during the game, as Idah will be placing the expectation on himself to carry his goalscoring form forwards.

After Norwich lost 5-0 to Arsenal, manager Dean Smith was forced to rethink, and including Idah in the starting eleven has been a recurring event ever since. Idah has played a huge part in starting to turn things around after the embarrassing defeat against the Gunners, and he has been able to provide quality to the team, which I expect that we will continue to see against Watford.

With Idah averaging the most shots per game out of the whole of the Norwich squad, it truly seems like he will be the source of attacking threat in a match that Norwich believe they have a great chance at picking up some points.

Prediction: Adam Idah to have 1+ Shot on Target

Even though this game is crucial for the state of play at the bottom of the table, it doesn’t seem like it will be a blockbuster game. I expect that there will be under 3.5 goals in the match, as two stern sides will be approaching the game in a sensible manner, as three points will be crucial for both teams. The evenly matched opponents could see the game won by the smallest of margins, or it may even end in a draw with neither side being able to make the difference.

Norwich have seen an average of 2.62 goals per game this season, with the majority of those going against them. Watford meanwhile, have experienced 3.16 goals per game, whilst similarly not scoring most of those. With both averages falling below the 3.5 mark, I expect the amount of goals on Friday Night to be less than that, as the averages are mainly made up of the large amount of goals that opponents have managed to put past them.

Watford have scored 23 goals in 19 games this season, whilst Norwich have a worse record of 10 goals in 21 games. For me, this stat highlights the increasing likelihood that we won’t see a large amount of goals scored in the match, as both teams have struggled to maintain solid goalscoring form throughout the season.

Back the 8/1 Watford v Norwich Bet Builder below ⬇️

Sign up to Paddy Power and get a full refund if your first bet loses. Grab an account through the offer below and place £30 on the 8/1 Watford v Norwich Bet Builder. Here are the two possible outcomes:

How to watch Watford v Norwich in the Premier League