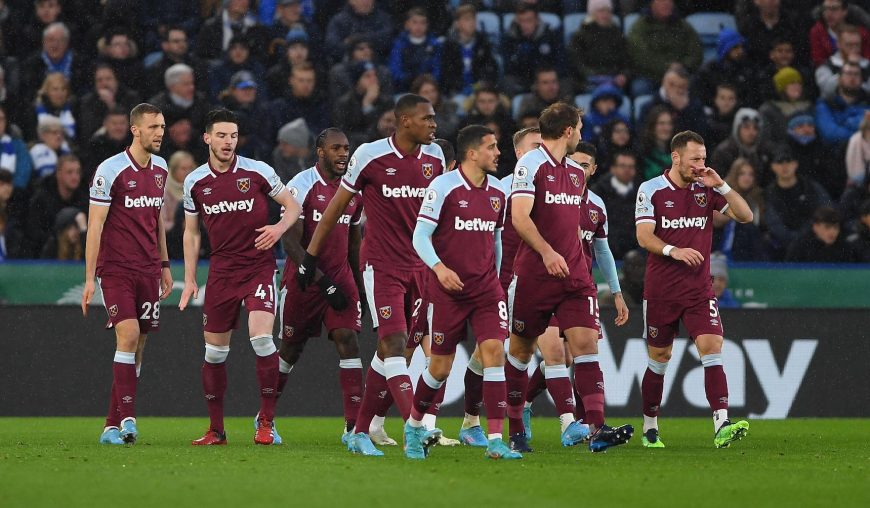 Saturday lunchtime provides us with a fixture that promises entertainment, as West Ham take on Newcastle in the Premier League at the London Stadium. This is a match that gives us two sides that are looking for three points to spur on their own individual targets to make a success of their seasons.

West Ham are currently sitting in 5th in the table, only two points away from 4th place. With a Champions League spot well within their sights, they need to keep on looking over their shoulder as they are only two points clear of Arsenal in 6th place, and have played three more games than their London rivals.

Newcastle are on a mission to escape the threat of relegation after looking to impress their new owners, as the club are starting to make changes to improve. The Magpies are 17th in the table, trying to propel themselves away from the dreaded bottom three places. They are only one point away from Everton in 16th place and four points clear of the drop zone, which is a gap that they will be focusing on expanding.

In terms of the recent form of both sides, Newcastle are on a roll and are creating a happier mood amongst the team and fans, as they have won their last three games in a row, providing the team with a great amount of momentum to carry forwards. Even though these are the only three games that they have won in their last eight, it is a sign that things are improving on Tyneside.

West Ham aren’t doing too bad for themselves, either. After mounting a challenge last season that rewarded them with a place in the Europa League, they are striving to improve this season as they believe that a Champions League spot is well within reach, with David Moyes revolutionising the side to challenge against the League’s best teams. The Hammers’ recent form has been mixed, as they have won four of their last eight league games.

Have look at my bet builder predictions and the Cheat Sheet below, as the weekend’s Premier League fixtures get underway.

Even though West Ham may be favourites for this fixture, Newcastle shouldn’t be easily dismissed from the equation. With their new manager, new signings and new owners, the fans are filled with hope as they are instilled with patience to see their team provide ideal results to retain their Premier League spot for next season, where they hope to challenge further up the table. These ambitions are becoming more fruitful over recent weeks with more hopeful form being produced. This has consisted of Newcastle scoring in their last five league games. Also, with the experienced Premier League striker Chris Wood joining The Magpies, his attacking threat combining with the existing talent at Newcastle is a serious threat for goals.

Back in the reverse fixture, West Ham were victorious 4-2 as the two sides came up against each other at the beginning of the season, showing that both teams have shown their goalscoring ability against each other. Newcastle have won their last two matches against West Ham, so they will be striving to make it a hat-trick. Another nice, little stat to keep in mind is that Newcastle have won more away games against West Ham (10) than against any other team, suggesting that there could be trouble for the home side.

Dan Burn to be Booked

With action in this fixture looking likely, I expect some yellow cards to start flying around at the London Stadium. With 22 goals flying in during the last five matches between these two, West Ham’s fine form this season will clash with Newcastle’s momentum and good performances against The Hammers, surely resulting in an action-packed match. With Chris Kavanagh as the man in the middle who dishes out an average of 4.09 yellow cards per match. I expect this to be a high intensity game with the new kid on the block for Newcastle, Dan Burn, picking up a yellow card.

Joining his boyhood club from Brighton in an £11m deal, the 29-year-old has already asserted his defensive dominance at the back as he picked up a yellow card in his debut game for The Magpies. With West Ham having the best home scoring record in the league this season, this will undoubtedly give Burn a few things to take care of, as he will find himself in the middle of some onslaughts from the home side.

In his very short Newcastle career, Burn commits an average of two fouls per game. Having a look at his stats in the first half of the season for Brighton, he committed an average of 1.58 fouls per game, so he has started life at Newcastle as he means to carry on. Burn has picked up five yellow cards this season, but this number looks like it will rise quickly, as Newcastle have a worse defending record than Brighton, meaning that Burn will have some more work cut out for him.

Burn will be facing a pick of West Ham attacking talent, as The Hammers have six potential starters that draw one or more fouls per game, as seen in the Cheat Sheet below. With the numbers looking like he will be in for a busy afternoon, this is why I’m expecting Burn to end up getting booked.

Prediction: Dan Burn to be Booked

Looking at the attacking threats on offer from both teams, my head is turning to the man in brilliant form and proving himself as a key player in West Ham’s recent fixtures. Jarrod Bowen has contributed hugely to West Ham’s last few games, as he has often been the catalyst for wins and being one of the main sources of goals. With action looming on Saturday lunchtime, I’m expecting him to be in the thick of it and pick up another goal for himself.

In 25 league appearances this season, Bowen has netted an impressive eight goals, which places him joint 7th in the league top scorers table. Bowen has been in exceptional recent form, as he has scored seven goals in his last seven games in all competitions. With the 25-year-old carrying this lasting momentum, it seems to me that Bowen will be a crucial figure in West Ham’s attack during this fixture, as these numbers lead me to think that he will be the pick of the bunch to claim another goal for himself. With goals for West Ham looking like almost a certainty, which is outlined in my previous selections, this increases the chances of Bowen getting on the scoresheet, as the Englishman has been carrying a certain swagger of immense form where everything is falling to him in the right places at the right time.

With The Hammers scoring 16 goals in their last eight league games, this yet reinforces the idea that West Ham will be bringing a huge goalscoring threat, which I expect Bowen to be a part of.

So far this season, Bowen averages a total of 2.63 shots on target per game. He also manages to work 1.02 of those on target, which is the best record amongst his teammates, proving that he is one of their largest goalscoring threats.

Back the 12/1 West Ham v Newcastle Bet Builder below ⬇️

Sign up to Paddy Power and get a full refund if your first bet loses. Grab an account through the offer below and place £30 on the 12/1 West Ham v Newcastle Bet Builder. Here are the two possible outcomes:

How to watch West Ham v Newcastle in the Premier League