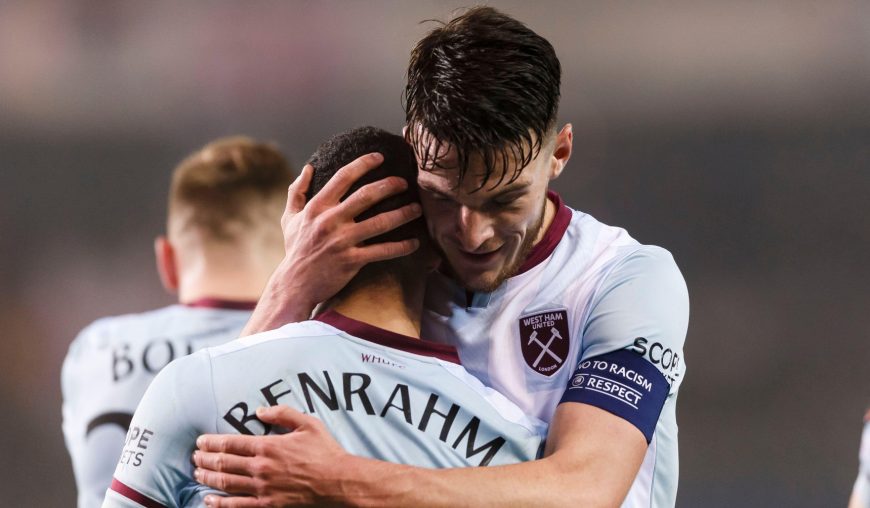 West Ham are host to Sevilla at the London Stadium as they look to turn around their 1-0 defeat from their first leg in the Europa League. West Ham will need to overcome Sevilla who have won the Europa League more times than anyone else in the competition’s history, so it looks to be a great battle in a fully packed London Stadium.

Major doubts and absentees mean that both teams will be without key players. West Ham will be without Coufal and Ogbonna but also a major doubt is attacking duo Bowen and Antonio, meaning that the Hammers could be without their top 2 goal scorers in a game that they must score in to have any chance of qualifying. Sevilla’s winger Ocampos will sit this one out due to suspension which will be much to Moyes delight reducing Sevilla’s quality up top. Other players that are doubts for Julen Lopetegui’s side include Acuna, Lamela, Fernando and Gomez.

West Ham picked up their first win in 4 games against Villa at the weekend after a slight dip in form, whereas Sevilla have only been beaten once in their last 11 games which came away from home in the Europa League, so there is hope for West Ham yet, but it will take a great performance from Moyes’ men to progress past these Europa League specialists.

I have put together a bet builder for this Europa League clash currently sitting at around 10.15 on Paddy Power. Take a read of my research below along with the usual pre match cheat sheet!

Declan Rice to be Shown a Card

The first of my selections focuses on West Ham’s Declan Rice, the midfielder is one of the best in the Premier League which is why some of the big clubs have their eyes on him. Declan Rice usually plays alongside Soucek in the defensive midfielder role and the 2 have formed a brilliant partnership for the Hammers, the 2 have a bit of a short temper though as you will see from their cheat sheet stats, and I am backing Rice to pick up a yellow here.

As you will see from the cheat sheet below, Rice averages 1.15 fouls committed per game which has seen him pick up 7 yellows in the premier League. Rice will be up against Munir on the wing who averages 2.5 fouls drawn per game, the Spanish winger was the difference between the sides in the first leg and could be a tough player to deal with again at the London stadium. It also looks to be a great battle in the midfield with Rice coming up against the likes of Rakitic, Corona and Delaney who all average more than 1.5 fouls drawn per game.

Rice picked up a booking in the first leg after a heated encounter with Ocampos which seen the winger suspended for this leg, Rice was frustrated at Sevilla’s time wasting and took matters into his own hands which seen him pick up a yellow. We could see a similar story here, especially if West Ham are trailing late on and chasing a late equaliser.

Declan Rice does face the danger of a suspension if he picks up another booking in Europa league but in this all or nothing fixture for West Ham, I think Rice could be one of the West Ham players most likely to lose their head.

Prediction: Declan Rice to be Shown a Card

Said Benrahma to have 1+ Shot on Target

West Ham will be on the front foot from kick off being 1-0 down on aggregate so they have no option but to go for it right from the start. With Bowen out and Antonio being a major doubt it’s likely that Benrahma will play a key role in West Ham’s attack on Thursday. Benrahma played his part in his sides victory over Villa at the weekend registering assists for both goals.

Benrahma averages 0.9 shots on target on the cheat sheet from his 2.8 shots on goal and with the attacking pressure West Ham will need to put on Sevilla I think he could be presented with a few chances at goal. Benrahma managed to hit the target once from his 4 shots at goal on Sunday and I am backing him to test the keeper at least once here.

Benrahma was criticised by Moyes for drifting out of the game in the second half against Villa but raised the attackers opening to the game saying he was one of West Hams most lively players. Benrahma will need to be lively in attack to threaten Sevilla and if he has 2 shots in the opening 10 minutes like he did at the weekend we could see this selection wrapped up early on.

Prediction: Said Benrahma to have 1+ Shot on Target

The Europa League is without doubt Sevilla’s competition having won it a record 6 times in in their history, including winning the competition 3 times in a row! They travel to London with their narrow 1-0 lead, but I think this will be enough to see them through to the next round with their experience in this competition.

Sevilla has the best defensive record in La Liga this season, conceding only 19 so far in this campaign helping them sit comfortably in 2nd place. They were solid defensively in the first leg too, keeping a clean sheet and dominating in all departments with more shots, corners, possession and xG. Sevilla have only lost 2 games in their last 19 across all competitions, keeping clean sheets in 7 of these and they will be just as hard to break down again here, especially with West Ham missing key attacking players I think they will struggle to get past this solid Sevilla backline.

Sevilla have only lost twice in La Liga this season, both times away from home showing they are a hard team to beat in all competitions. They are, however, very prone to a draw with 11 in their league campaign this season, but a draw would be enough to see them qualify and wouldn’t be a bad result for Julen Lopetegui’s side.

Their 1 loss in 11 games came against Dinamo Zagreb as they were beaten 1-0 but winning 3-2 on aggregate was enough to seal them a spot in the quarter finals against West Ham. Although West Ham will make this very difficult at a full London Stadium, I am backing Sevilla to hold on to their aggregate lead and make it to the semi-finals due to their high quality and experience in their side.

Sign up to Paddy Power and get a full refund if your first bet loses. Grab an account through the offer below and place £30 on the 9.15/1 West Ham v Sevilla Bet Builder. Here are the two possible outcomes:

How to watch West Ham v Sevilla in the Europa League