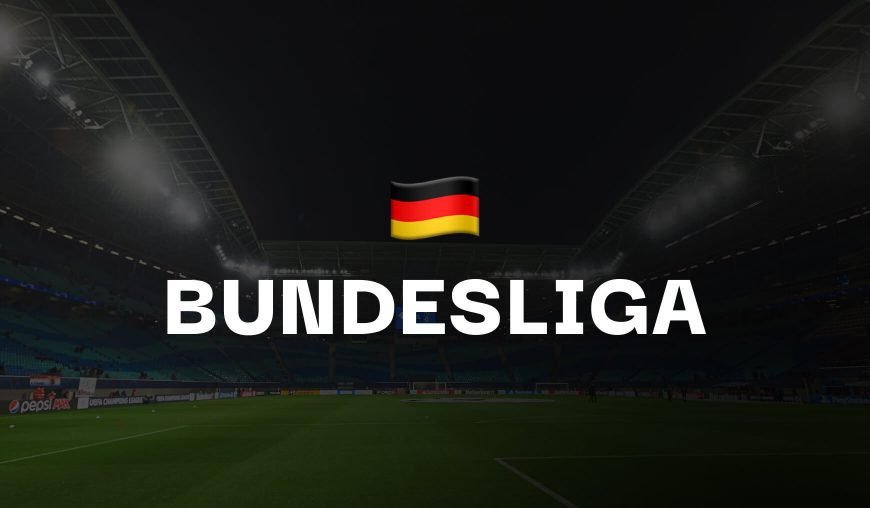 Wolfsburg and Mainz have proved to be rather opposite in their approach to the Bundesliga this season, with the Wolves being entirely unpredictable and their opponents on Friday being rather easy to read.

Florian Kohfeldt’s side continue to stumble every time they look to have put together a run of form that could have pulled them out of the relegation race, with four draws and two wins from their last six games doing a good job of summing up a frustrating season.

Last weekend’s thumping off Borussia Dortmund was the perfect example of an extremely talented group of players simply refusing to turn up. However, on Friday night we should see the Wolves bounce back.

That will be largely down to two things: One is the fact that Kohfeldt’s side have been oddly efficient at picking up points against other mid-table or bottom half sides, such as the recent wins over Arminia Bielefeld, Union Berlin, Eintracht Frankfurt and Greuther Furth. Not to mention a hard-fought draw against an in-form Gladbach side.

The other factor, as has become well known this season, is that Mainz remain truly abject on the road. Their more recent away clash saw Bo Svensson’s side give up a two-goal lead to lose 3-2 to Koln as the Carnival club remain the second worst team on the road in terms of points won this season. As such, we can expect a result for the Wolves.

RB Leipzig head coach had a huge grin across his face when he was asked about Bayern Munich’s apparent interest in midfielder Konrad Laimer this week. “This is what comes with success,” said the young, German head coach, fully aware of the rumours being a backhanded compliment to the job he’s doing at the Saxony club.

Indeed, not only have Leipzig picked up more points than any other Bundesliga side in the last five match days, but they’re also top of the league when it comes to points earned since the winter break. Tedesco’s team remain the side to beat in Germany and Europe and very few have managed that feat.

As such, it’s hard to hold out much hope for Union Berlin on Saturday, when they make the short trip south to the Red Bull Arena despite picking up three wins in a row in the German top flight.

In truth, Urs Fischer’s side have been perfectly solid in recent weeks but their defeated foes in Koln, a relegation-threatened Hertha Berlin and a Frankfurt side exhausted from an impressive Europa League campaign have hardly tested the capital side.

Union are certainly no pushovers, but as Leipzig have shown since the turn of the year, you have to be at your very best to beat this team right now.

There’s little doubt that both sides will be desperate for all three points when Eintracht Frankfurt host Hoffenheim on Saturday afternoon.

Between them, both clubs have won just three matches from a combined 12, as the Eagles have seen their standing in mid table plummet to tenth, while their guests have since unceremoniously dropped out of the race for a top four finish.

The problem for Frankfurt is that they’ve put all their eggs in one, Europa League-shaped basket and have taken their eye off the Bundesliga, where their counter-attacking tactics don’t work so well against domestic teams that are happy to sit in deep.

Hoffenheim, in a somewhat similar fashion, have looked exhausted since a draw with Bayern Munich last month and have managed just one point from four games since. As such, both teams have seen their goals dry up almost entirely, with Frankfurt managing just one goal per game on average from their last 10 league encounters and Hoffenheim averaging even less.

This should be a tight affair in which both teams will be gunning for the win, but don’t expect too many goals.

Freiburg made history this week when they beat Hamburg SV to reach their first every German Cup final. A truly remarkable feat for a club that ought to be fighting off relegation, made all the more impressive by Christian Streich’s side also making a late push for a top four finish.

As one Freiburg player put it in a press conference on Wednesday, the club are just five wins away from silverware and the bright lights of the Champions League.

Such confidence will undoubtedly play its part on Saturday, when the Black Forest side welcome a Borussia Monchengladbach side who have, to their credit, managed to stabilise their form in the league but are still not quite at the level of Freiburg just yet.

Indeed, Adi Hutter’s team have done well to pick up wins over the likes of Hertha, Bochum and Greuther Furth in recent weeks, but their 3-1 defeat to Koln in the Rhein derby last weekend clearly underlined that the Foals still have plenty of work to do. As such, Freiburg should fancy all three points from this clash.

There’s no doubt that Steffen Baumgart and his Koln side will be licking their lips at the prospect of welcoming Arminia Bielefeld to a packed RheinEnergieStadion on Saturday.

Not only will the hosts be in a fantastic mood after their aforementioned derby win over Gladbach, but they’ve also managed to put together a decent run of form, which now has Koln sitting on three wins and a draw from their last five league games.

In contrast, things seem to be going from bad to worse for Arminia Bielefeld in the business end of the season. Not only have the club managed just one point from their last six games, but they’ve also parted ways with their head coach Frank Kramer this week as a result.

However, it would still be hard to envisage a mythical “new manager bounce” for the relegation-threatened side, especially in an away clash with an in-form side such as Koln.

Just two wins from their last six games would certainly suggest that the wheels have come off Bayer Leverkusen’s season, as injuries to numerous key players have defanged what was one of the Bundesliga’s most attacking teams.

However, there’s still life and goals left in this team. A 1-0 defeat to RB Leipzig last weekend disguises what was a solid, attacking performance from a side that just couldn’t finish their chances, while recent wins over Hertha Berlin and Wolfsburg pointed out that back-up stars like Paulinho and Lucas Alario are more than happy to fill in and bag goals when needed.

Fortunately for the BayArena side, they’ll have an opportunity to exorcise some demons when they make the trip to Greuther Furth on Saturday, in a clash that Gerardo Seoane and his side will be absolutely desperate to win.

Furth have looked a little more solid in recent weeks, with three wins from their last six league games, but the provincial club remain little more than relegation fodder at this stage in the season and have conceded no less than 20 goals in their last 10 league games.

A win for Leverkusen seems likely hear, but plenty of goals seems like an even safer bet.

Both Bayern Munich and Borussia Dortmund go into Saturday’s Topspiel and “Der Klassiker” in rather unconvincing form.

Julian Nagelsmann’s side have dropped points in two of their last six games and recently crashed out of Europe, while Dortmund only recently got over a thumping from RB Leipzig in front of their own fans. Neither side look at the top of their game at the moment.

However, fortunately for neutrals and fans alike, neither team seems to have an issue scoring goals. Not only have both clubs scored an combined 24 goals in the last five match days, but they also boast world-class strikers that look sharp and back to full fitness.

Indeed, while Robert Lewandowski didn’t score in the 3-0 victory over Bielefeld, he did have a shot bounce off the crossbar, another go down as an own goal and then later set up Jamal Musiala with an assist.

Similarly, Erling Haaland seems to have finally put niggling injuries behind him and looked back to his best against Wolfsburg, with two goals and an assist in a 6-1 thumping at the Westfalenstadion.

Couple that with leaky and entirely unconvincing defences on both teams, and this clash looks like it will go down to whichever team is able to outscore their opponent on the day.

Sign up to Betfair and get a full refund if your first bet loses. Grab an account through the offer below and place £20 on the 2/1 Bundesliga Best Bets Double. Here are the two possible outcomes: