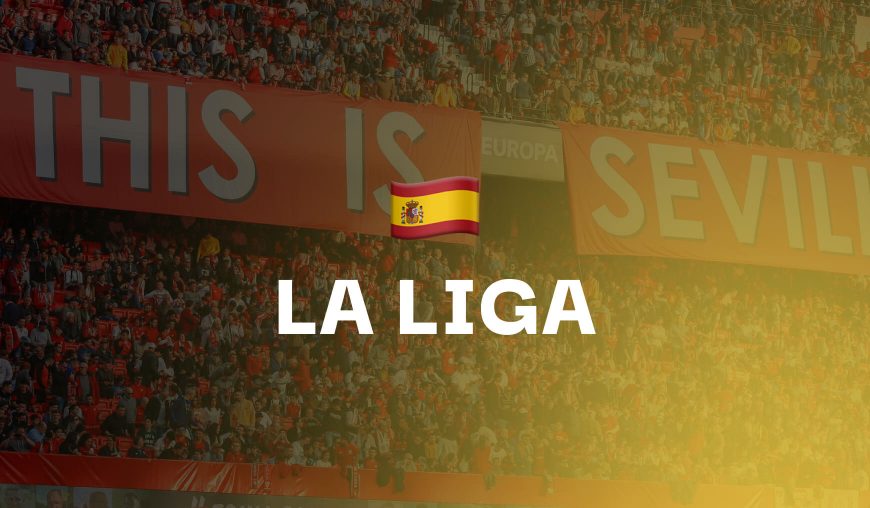 The 34th matchday of the La Liga Santander season starts with an all-Andalusian matchup, as Cádiz make the short trip to visit Sevilla at the Estadio Ramón Sánchez Pizjuán. Even though Sevilla lost their most recent match there, when they gave up a 2-0 lead to fall to a 3-2 defeat to Real Madrid, it should be kept in mind that this was only their first home loss of the league season. They still have the joint-best home record in the division, despite that setback.

At home to Cádiz, Sevilla should be able to take care of business and they almost can’t afford not to. The race to finish in the top four and to qualify for the Champions League is tight, with just six points between Sevilla in third and their city rivals Real Betis in fifth. Having spent the past week watching the Béticos celebrate their Copa del Rey success, the very last thing Sevilla will want is to relinquish their ticket to the Champions League to their biggest enemies.

With several players on their way back from injury, and having had a week off since their last match, the Sevilla squad is in the best shape it has been for some time. They have no excuses for not winning here, even if Cádiz have shown an admirable competitive spirit in the past few weeks as they fight for their own objective of avoiding relegation.

Alavés are bottom of the table and six points from safety, but a golden opportunity has been presented to them as they are the lucky team that gets to play Villarreal in between the two legs of the Yellow Submarine’s Champions League semi-final with Liverpool.

During Villarreal’s run to the final four of UEFA’s leading club competition, they’ve really let their domestic form slip. Sometimes this has been because of rotations, while other times it has been because their starters look exhausted in league play.

This weekend, it is expected that Unai Emery will rotate most of the line-up, as he did between the first and second legs of the recent Bayern Munich tie, when he essentially fielded a B team for a 1-1 draw with Athletic Club. With Real Betis having won the Copa del Rey, Emery now knows that seventh place, which Villarreal currently occupy, will be good enough for European qualification.

The Villarreal second string is probably still better than the starting line-up of Alavés, but the Basque side are fighting for their lives and they have actually been competitive at home all season long. In 2022, their home record has been two wins, three draws and two defeats, with those losses being a 1-0 reverse against Barcelona a 3-2 defeat to Granada. It’s their league-worst away form, not their fourth-worst home form that has been the bigger problem. Under new coach Julio Velázquez, Alavés have some fresh belief about them too, so they’ll relish this opportunity to try to take three points against a weakened and distracted opponent

There could be a party at the Bernabéu this Saturday afternoon, as Real Madrid only need one point against Espanyol to mathematically clinch the LaLiga Santander title. It should be quite an occasion, especially since they haven’t actually sealed a title at home since 2007, with their four championships since then being won away from the Bernabéu.

With a sell-out crowd expected, the fans want and expect to see a win. But, Carlo Ancelotti and his players do have other priorities. They know they’ll lift the league trophy, whether they clinch it this weekend or next week, so the focus is on how to overcome Manchester City in their Champions League semi-final second leg next Wednesday night.

Rotations should be expected, while there will also be several forced changes for Real Madrid too, especially in defence. Their three main centre-backs will all miss this game, as David Alaba is injured and Éder Militão and Nacho are both suspended. That should see the rarely used Jesús Vallejo and the youth teamer Rafa Marín deployed in central defence, which will have the league’s second-top scorer Raúl de Tomás licking his lips.

Real Madrid might still secure victory, but you certainly can’t count on it given how depleted their line-up will be and given that they know a draw is all they need to kickstart the title party. Therefore, a better bet is to back the over in one of the total goals markets or to pick both teams to score.

Valencia probably want the season to be over, since they just lost the Copa del Rey final in heartbreaking fashion, falling to Real Betis on penalties, and they have nothing left to play for in the league. The last thing José Bordalás and his players want is a derby against Levante, the team Valencia view as a “little brother”.

There is, therefore, a good chance of Valencia suffering a Copa del Rey hangover against their neighbours, who, unlike Valencia, have everything to play for. Still six points away from safety, Levante have been playing with the kind of belief that is necessary, giving their all even as they fell to recent 3-2 defeats to Barcelona and Sevilla, as well as in their 4-1 win at Granada and 2-0 victory over Villarreal.

It was a seven-goal thriller when these sides met earlier in the season, as Valencia won 4-3. They now have the chance to do something they’ve never achieved before, which is to complete a home and away double over Levante in the same season. The fact Valencia has never been able to take six points from six against the Granotas says so much about the more modest club’s approach to this fixture, which means so much to them in normal times and even more this weekend when they need every point they can muster.

Atlético Madrid’s place in next year’s Champions League is far from secured and Diego Simeone’s charges have a difficult run-in, with tough fixtures such as this Saturday night trip to Bilbao to face Athletic Club. Given that the Basque side have renewed hope of qualifying for Europe, after Real Betis’ Copa del Rey success ensured seventh place will be good enough, they have a lot to play for too.

A draw won’t suit either side’s cause, so this should be more of a back-and-forth affair than it sometimes is when Athletic Club and Atlético Madrid meet, such as earlier this LaLiga Santander season when they played out a goalless draw in the capital.

Over the years, this has also been a much more even matchup, with more goalmouth action, when they play in Bilbao compared to Madrid. Over the past five Athletic Club vs Atlético Madrid matches held at San Mamés, there have been two home wins, two draws and one away win, with both teams getting on the scoresheet in four out of those five games. We could be in for a similar kind of game this weekend, especially with the electric atmosphere that comes with Saturday night football in Bilbao.

Sign up to Betfair and get a full refund if your first bet loses. Grab an account through the offer below and place £20 on the 2/1 La Liga Best Bets Double. Here are the two possible outcomes: