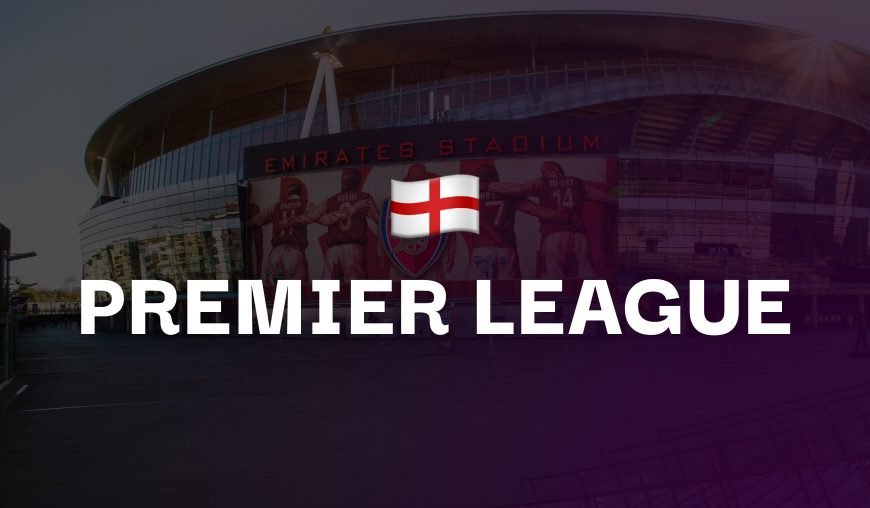 Arsenal begin their Premier League campaign away to Crystal Palace who in recent years have become a tricky opponent for the Gunners picking up just one win in their last five meetings – a 1-3 win at Selhurst Park in May 2021. The introductions of Gabriel Jesus, Oleksandr Zinchenko and Fabio Vieira has really given Arsenal fans a lot of optimism going into the 2022/23 season. After a very impressive pre-season Mikel Arteta will be looking to build on this by taking home all 3 points. The pressure will be on Jesus to lead the march to a top 4 finish this season, the Brazilian (who has already scored 7 goals for the Gunners in pre-season) managed 13 goals for Manchester City last season in all competitions – with many of the goals coming from when Pep Guardiola preferred to use him as winger cutting in from the right-hand side.

Having built a great relationship with Arteta during their time together in Manchester I believe that we will see a more complete number 9 at Arsenal. Having an overall of 0.36 goals per game ratio (just over 1 in every 3 games) this will be something he will be looking to improve on. As for Crystal Palace, Patrick Viera hasn’t had much opportunity to strengthen during the summer apart from the arrival of England international goalkeeper Sam Johnstone but with the attacking talent of Zaha, Eze and the ever-improving Michael Olise amongst others. Palace will always be a threat to most Premier League opponents with their ability to soak up pressure and hit teams with their quick counter attack. I expect a fast start from Arsenal on Friday night to open the new Premier League season and take all the points back to the Emirates.

Fulham welcome Liverpool to Craven Cottage in the opening fixture on Saturday afternoon. It’s hard to look past anything but a convincing away win here. The Reds looked in fine form last weekend in the Community Shield, dominating the champions for large periods of the game and running out 3-1 victors. I’m expecting much of the same from Liverpool and up against weaker opposition in newly promoted side Fulham they shouldn’t face too many issues.

New signing Darwin Nunez hit the ground running with a sensational half an hour display, on as a substitute for Roberto Firmino. The Uruguayan had 4 shots, 2 of which were on target and one of course finding the back of the net, causing the Manchester City defence all sorts of problems. If Klopp gives him the nod to start this weekend, then this will be a serious attacking weapon for the Cottagers defence to worry about. Not only Nunez is likely to threaten – Luis Diaz, Roberto Firmino and last season’s PFA player of the year Mo Salah will too. Salah averaged a goal every 0.75 games per 90 minutes last season, notching 23 goals in the process. A sobering thought for Fulham centre halves – Tosin Adarabioyo and Tim Ream who will have their work cut out for the majority of this game.

The last time we saw yo-yo club Fulham in the Premier League was the 2020/21 season. Post-Christmas that year, the team only managed a mere 3 goals in their final 12 home games. This dismal record is set to continue here. Unproven at the very top level are likely attacking starters Neeskens Kebano and Bobby Decordova-Reid. It’s difficult to envisage them giving the Reds any problems at all, especially with Marco Silva set to play on the counter attack.

Of course, we have to mention centre forward Aleksandar Mitrović, the Serbian is Fulham’s biggest attacking threat. After only scoring 3 times in the Premier League last time round though, I’m backing the Liverpool defence to come out on top and keep him at arm’s length throughout.

Liverpool scored a mammoth 94 goals in last season’s campaign, often tearing teams to shreds. I’m anticipating the goal heavy side to be at it from the word go here and really put Fulham to the sword. With the home side likely to manage a single goal at very best here, this bodes well for the -1 handicap bet. Therefore I’m backing Liverpool to cruise to victory and win by 2+ goals.

Spurs have made six excellent signings this transfer window, four of whom look set to be marquee players in this season’s side. Perisic, Bissouma, Richarlison, and Llenglet all add solid depth to an already established side under Conte. They’ll be looking to make a fast start to the new campaign here at home to Southampton who were the fourth leakiest defence in the Premier League last season conceding an average of 2.26 goals away from home. In Spurs’ final seven home games last season we saw them on fire in front of goal scoring 18 goals in 7 games.

Premier League Golden Boot winner Son Heung Min is set to start here alongside Harry Kane, so I expect Tottenham to be in the hunt for goals from the off. The pair managed 40 goals between them last season and will be all guns blazing for this curtain raiser.

Goals are likely to come from elsewhere too, Kulusevski’s attacking output since joining the club last January has been of major importance. He managed 8 assists and 5 goals, averaging a goal or assist every 0.72 games. As well as this, Perisic had a xGi per 90mins of 0.44 in 20/21 under Conte at Inter Milan and 0.39 last season. With these high numbers in mind, Spurs can exploit the Saints’ defence here.

The visitors have concentrated on youth during this summer transfer window. Relatively unknown defender Armel Bella-Kotchap has joined from VFL Bochum, as well as forward Sekou Mara signing from Bordeaux, just to name a couple. Hasenhuttl often tinkers with his defensive line up, so it is to be expected that they’ll struggle to contain this strongly bolstered Tottenham team.

Southampton conceded 2+ goals in 15 out of their 19 league games on the road last season and I am more than happy to go with the selection of Tottenham to score 2+ goals for this one.

It’s another very tough opening day for Everton, as they look to bounce back from a disappointing 2021/22 campaign. The sale of Richarlison to Tottenham, who contributed to 15 (10G & 5A) of Everton’s 43 goals last season is a big loss as their only other attacking threat is the injury prone Dominic Calvert-Lewin, who has been ruled out for this clash at Goodison Park. Everton picked up 29 out of a possible 57 points at Goodison Park while conceding 66 (1.74 average per game) across the 38-game campaign. This will be Frank Lampard’s first pre-season at Everton, giving him an opportunity to really embed his philosophy, but I still think it won’t be enough to stop his former side from picking up 3 points at Goodison. Chelsea who finished 3rd in the 2021/22 season will be looking to kick on from their two domestic cup final places and a quarter final exit to Real Madrid in the UEFA Champions League.

The arrival of Raheem Sterling as one of their marquee summer signings will only bring more firepower upfront to a team that scored 76 goals (2.00 average per game) last season. The England international who has tallied up 165 goal contributions (109 G & 56 A) in 320 appearances (50 off the bench) across his glittering Premier League career to date. Thomas Tuchel seems to adopt the 3-4-2-1 or 3-5-2 formations where the width is provided from his wingbacks meaning that Raheem Sterling may have a more direct role – through the middle as a number 9 on his own or in a front two. At the other end of the pitch Eduard Mendy kept 14 of Chelsea’s 16 clean sheets averaging 0.87 goals conceded per game. Everton are missing their prime goal threat and had a more than difficult pre-season, and I can only see Tuchel and co picking up all three points here.

Sign up to Betfair and get a full refund if your first bet loses. Grab an account through the offer below and place £20 on the 6/1 Premier League Best Bets Accumulator. Here are the two possible outcomes: