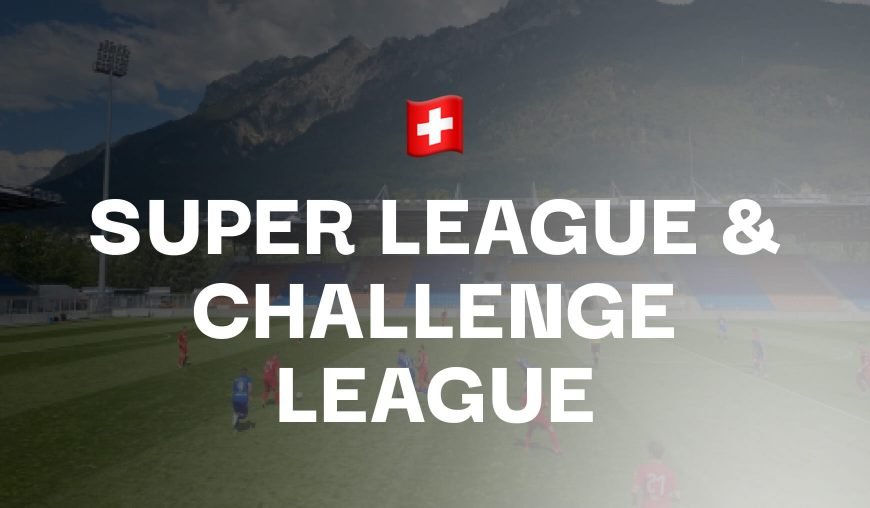 Swiss Football returns for another week where it was a case of deja vu for Neuchatel Xamax last week as a two-game winning streak came to an end in defeat to Vaduz, much like it had at the end of February. Despite the 2-0 loss in the principality, their emphatic 4-1 and 5-0 victories over Thun and Kriens respectively have kept them in contention for a top-half finish this season.

After their nine-game unbeaten run at the turn of the year that was maintained into late February, Aarau looked like the clear favourites to claim the title and promotion at the prizegiving in May. That run came to an end in a topsy-turvy 4-3 home loss to Schaffhausen and they have struggled to find form again after just two wins and five defeats in their last seven. FCA remain only three points behind the automatic promotion spot ahead of their trip to the Stade de la Maladiere.

Staggeringly, twenty-six goals have been scored in the last seven matches for Aarau and that theme is likely to continue in Round 32. They have scored in 13/15 away matches this season but have also only kept three clean sheets. As for Xamax, they have scored in 12/15 at home and kept only three clean sheets themselves. With the visitors also as erratic as they are, this promises goals.

A titanic title showdown tops the bill at the Schutzenwiese this weekend. Second-placed Schaffhausen haven’t played top-tier football since 2007 while league leaders FC Winterthur have endured an even longer drought, 1986 was the last time they found themselves amongst the elite of Swiss football.

Winterthur stretched their unbeaten run to six matches last time out but would’ve ultimately been disappointed with their 2-2 draw away to eighth-placed Yverdon-Sport. After three wins in a row, which included 3-0 and 4-2 victories over fellow promotion-chasers Vaduz and Aarau, the result acts as a timely reminder for Winti that they can’t afford many more afternoons like that if they are to claim the title in May.

Schaffhausen capitalised on that slip-up in emphatic fashion with their 5-2 home victory over FC Wil. They trailed after fifteen minutes at the WeFox Arena before answering back with five goals to close the gap at the top to one point. The spirits are high with the opportunity to go top of the table for the first time this season.

This should be an exciting match. Both of these teams are free-scoring, netting eleven goals each in their last five matches. They’ve also conceded five goals each in that time too. Six of the last seven meetings have had goals at both ends and the previous two this season have ended 5-2 and 3-2. I think we’ll see a similarly thrilling game here.

A run of five victories from their last seven games has propelled FC Thun up the table, leaving them just four points behind Vaduz who occupy fourth place. It would mark quite the achievement for Thun given that they were down in seventh at the beginning of March. They did lose out to SLO last weekend but return to the Stockhorn Arena where they have won their last three in a row.

Two defeats to Winterthur and Schaffhausen prior to the home win over Xamax last week has put a dent in FC Vaduz hopes of even a play-off spot this season. They now can’t afford any more slip-ups if they are to realistically claw back the five-point advantage Schaffhausen have over them in the play-off spot with just five games remaining.

With FC Thun averaging just under two goals per game (1.93) and Vaduz over (2.13), this promises to be a goal-laden encounter. Thun’s last nine fixtures at the Stockhorn have ended with Over 2.5 Goals while it is seven of the last eight for Vaduz on the road. Another high-scoring match is on the cards here.

After defying the odds for much of the season, the wheels appear to be coming off for Lugano as they approach the finish line, having lost three games on the spin in the Super League. The alarm bells were already ringing after a surprising home defeat to eighth-placed Sion in early April, but they followed that up with losses to bottom club Lausanne and the side directly above them, St. Gallen. It leaves the Ticino club four points adrift of the final European spot, although they can still qualify regardless if they win the Swiss Cup in mid-May.

Grasshoppers are unbeaten in five and claimed two wins in a row for the first time since October with their 3-1 defeat of Lausanne. It was a significant victory for the record Swiss champions as they pulled eight clear of relegation to all but secure safety in their return season in the league.

There is no question Lugano haven’t been at their best lately, but they are strong at home, losing only once to sides outside of the top five and having not yet failed to score against any side in the bottom half either. GC have found their scoring touch in their last five matches and they’ll be able to capitalise on the self-doubt that has crept into this Lugano side. I expect a tight game with both teams scoring.

SFC had suffered defeat to Grasshoppers prior to their visit to Bern last weekend, but the Genevans remained in a confident mood given that they have taken more points from the four-in-a-row champions than any other in the last few seasons. Despite being labelled as YB’s kryptonite, they were on the end of a 3-1 defeat and became the unfortunate side to give YB their first win in seven matches.

Having progressed to the Swiss Cup Final against Yverdon before claiming three points against Lugano, all without conceding a goal, it is fair to say that St. Gallen have well and truly bounced back from the 3-2 loss to Luzern that marked their first loss in eleven matches. They still remain the form team in the country and have brought themselves into contention for third place and the final European spot.

The visitors continue to be one of the most exciting, attacking sides in the league and they have already proven their loss against Luzern was nothing more than a blip. SFC have had a mixed bag of results over the last few weeks and they look increasingly fragile as we approach the close of the season. Given their strong record at the Stade de Geneve, having not lost there since 2004 in ten matches across two divisions and the domestic cup, I think St. Gallen will be able to extend that run further on their latest visit.

Sign up to Betfair and get a full refund if your first bet loses. Grab an account through the offer below and place £20 on the 17/2 Swiss Football Best Bets Accumulator. Here are the two possible outcomes: