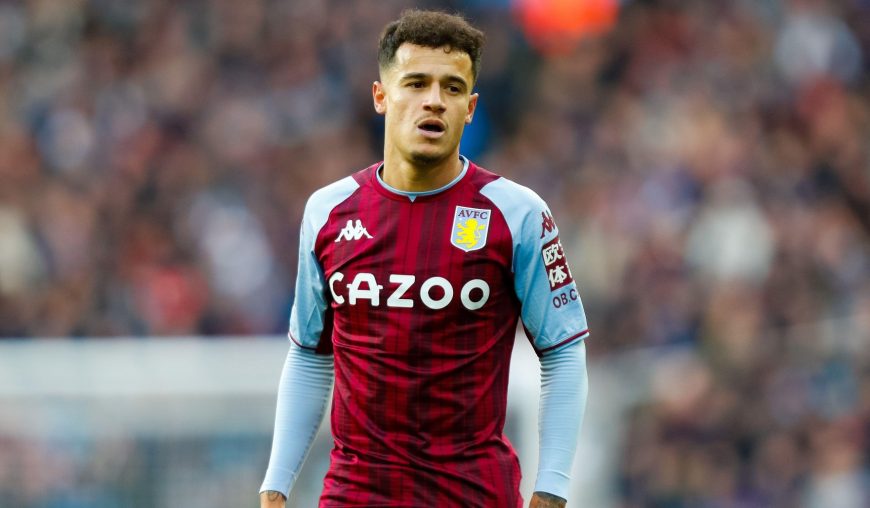 It’s midweek Premier League action as Leeds are host to Aston Villa at Elland Road on Thursday night. Jesse Marsch will take charge of his first game on home soil up against Steven Gerrard’s Villa on the back of their 4-goal rout against Southampton.

Leeds go into this looking for their first win in 8 games, with 3 points being a tough ask against inform Villa. The 1-0 score line in Marsch’s first game in charge was harsh on Leeds as Kasper Schmeichel frustrated the Leeds frontline on numerous occasions as they peppered his goal throughout the 90 minutes.

Steven Gerrard stuck with the front three of Coutinho, Watkins and Ings in his last 2 games which paid off, winning their previous 2 games against Brighton and ending Southampton’s 7 game unbeaten run in all competitions.

Steven Gerrard should see no need to change his starting team after a 4-0 win at the weekend with Konsa and Digne still being doubts due to illness. Marsch certainly had positives to take from the 1-0 defeat, but one significant boost for Leeds fans will be the return of Bamford – Marsch confirmed he will feature but will not start but it will give Leeds that major threat up top from the bench.

I have put together 3 selections for what looks to be a great game for a bet builder. Take a read of my research below along with a pre match cheat sheet!

Leeds went to Leicester in typical attacking fashion, but this time conceded less than 3 goals for the first time in 5 games. Although they failed to score, as Marsch made his managerial debut for Leeds, they were dominant and deserved to take something home from the game. Leeds registered 19 shots with 4 on target but Kasper Schmeichel was in top form to keep a clean sheet for his side.

Aston Villa come into this on the back of a 4-0 battering over Southampton as Gerrard looks to have found the best formation for his front 3. Couthinho, Watkins and Ings all got themselves on the score sheet at the weekend.

Last time these sides met it was a thrilling 3-3 draw at Villa Park, which seen Leeds come from 3-1 down to grab a point.

With Bamford back in contention for a place up top, both sides have real attacking threats in their side. He returns at the right time as Leeds find themselves scarily close to the relegation zone and they won’t want to return to the Championship any time soon. However, they do find themselves in a real relegation battle and Marsch will be determined to get a result here in his first match in charge in front of the home fans.

Despite being the dominant side at the weekend, Leeds ultimately still failed to score and haven’t done since putting 2 past Man Utd in February. However, with the return of Bamford mixed with  their performance at the weekend, I fancy them to score here. Aston Villa scoring looks a safe bet with no goalscoring struggles for them recently, they also come to Leeds who have conceded 21 goals in their last 6 games, 3 of which they put past them themselves.

I think this game will have plenty goals as it did last time these sides met and I think Leeds could surprise people here, I am going for both teams to score to start the bet builder.

Philippe Coutinho to have 2+ Shots

Philippe Coutinho has proven he still has plenty left to give after his nightmare transfer to Barcelona, impressing in his first 7 appearances at Villa. Coutinho has managed to add 3 goals and 3 assists to his name since signing in January – something only Bruno Fernandes and Heung-Min Son have managed this season.

The little Brazilian magician has fairly filled the gap of Jack Grealish, scoring and assisting more goals than him in 11 less appearances this campaign. Coutinho helped his side with a goal and an assist against Southampton on Saturday and could run riot here against a Leeds side who have not been able to stop leaking goals.

Coutinho clearly loves a pop at goal himself, he has registered 2 or more shots in each of his 7 appearances for Villa! Including trying his luck twice in his 22 minutes from the bench against Man Utd. As you will see from the cheat sheet below, Coutinho averages 3.13 shots per game but I am going safe, backing him to have 2 on this occasion.

Last time these sides met, Coutinho was awarded Man of the Match after assisting Jacob Ramsey twice after finding the back of the net himself.

It’s very short odds for this but it gives the bet builder a nice boost, I really like the look of it too and I think Coutinho could put on a special display once again here.

Prediction: Philippe Coutinho to have 2+ Shots

The final selection of my bet builder focuses on Aston Villa’s young midfielder, Jacob Ramsey. The 20-year-old has done well in midfield alongside McGinn and Douglas Luiz in what makes a fiery midfield trio! With the 3 of them combining for 15 yellow cards this season.

As you can see from the cheat sheet, Jacob Ramsey averages 1.23 fouls committed per game which has seen him pick up yellow 4 times this season.

Ramsey’s usual position is on the left of the midfield 3 for Villa, so I expect him to feature here again. This means he will likely be up against Raphinha, who averages 1.65 fouls drawn per game. With Daniel James predicted to start on the left of the front 2. James averages 1.44 fouls drawn per game and I think Ramsey could pick up a card trying to deal with them on the left, especially if Leeds are in an attacking mood like they usually are.

Sign up to Paddy Power and get a full refund if your first bet loses. Grab an account through the offer below and place £30 on the 8.09/1 Leeds v Aston Villa Bet Builder. Here are the two possible outcomes:

How to watch Leeds v Aston Villa in the Premier League