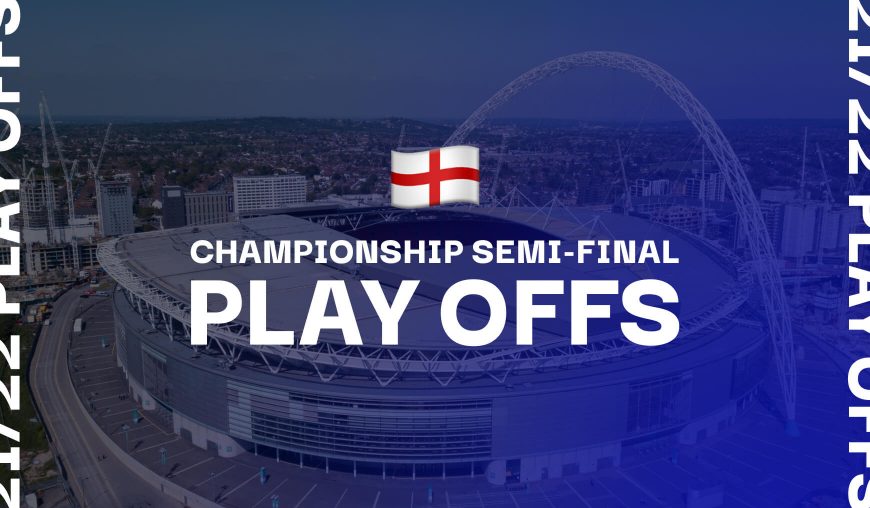 The first leg of this tie was really interesting. The first half at Kenilworth Road was surprisingly open, probably helped by the early Huddersfield goal, and both teams had spells when they were in the ascendancy.

However, what struck the most when reflecting on the match was how well controlled Huddersfield were as a team. They are a well drilled unit who seem very comfortable in their system and playing with each other. The Terriers’ progression up the pitch was varied but their use of Danel Sinani and Duane Holmes in the half-spaces allowed both of those players to showcase what they are good at. Holmes in particular was a threat when carrying the ball and it wouldn’t be a surprise if Nathan Jones and team will look to cut off the supply to him in this leg.

Luton certainly had their moments and cannot be discounted from the tie. They really could do with more sharpness going forward but there is little they can do about that with personnel. Jones has used the press to continue to engender that ‘us vs the world’ attitude that serves them so well and could come up trumps again here.

Tactically, both sides went with a 3 at the back system in the first leg, but Huddersfield do have the flexibility to go with a 4 at the back if Corberan feels like making a tactical tweak. My feeling is that the Huddersfield manager would’ve thought that they were the side with more control in the match so he will keep it the same here.

The xG battle in the first leg was Luton 1.01 vs 1.4 Huddersfield and with the home advantage I expect Huddersfield to shade the chances again here. The 1-1 scoreline means that the cageyness is likely to continue and unless there is an early goal then I expect this to remain cagey until deep into the second half. As a result I like this match to go under 2.5 goals again.

A big question mark surrounds Luton’s top scorer Elijah Adebayo. He missed the first leg but Jones seemed to suggest that he may risk him in this match. The exact quote used in the BBC article reads: “We felt we couldn’t risk him on Friday because if something happens you don’t get him for the second leg and obviously the final, but now it’s winner-takes-all so if there is a chance it’ll be worth the risk.” Having Adebayo back would be a boost to Luton, but clearly he won’t be 100% fit so asking for a dynamic, goal-laden performance might be a bit too much.

If I was to plump for a correct score then 1-0 Huddersfield appeals, but the recommendation is to cover the low scoring results by backing under 2.5 goals.

The battle of the so-called heavyweights in this Championship play-off in the first leg didn’t disappoint. Steve Cooper’s side in particular really set about their task with purpose. Brennan Johnson impressed many with his skill and running and, in all honesty, Sheffield United, though they contributed to the match, will probably be relieved to be going to the City Ground with only only a one goal deficit to claw back.

We saw in the League One playoffs though how difficult that task can prove to be. Both MK Dons and Sheffield Wednesday had one goal deficits to overcome and neither could do so, and they were both at home for the second leg. Sheffield United have had a good away record this season, winning 13 out of 23 xG battles on the road and although form over a whole season isn’t the best indication of how a one-off match will go, it does show that they are able to perform to a good standard away.

The problem is, of course, that Nottingham Forest are excellent at home. They showed already in the first leg as well that they are strong all over the pitch as well with a very settled side that understand their roles perfectly. Heckingbottom and staff will be the ones under pressure to adjust to keep Johnson quiet whilst not losing control over Zinckernagel and Garner who also were on form on Saturday.

Logic dictates that Forest should be the ones to emerge from this tie, however, there could be one or two twists and turns. The way I see it playing out is that both sides will play a normal match from the start with Forest looking to get another goal. If they do get one then I think that United will put a lot of pressure on and there is a good chance that they will get an equalizer, potentially via a set piece.

The lack of a genuine forward did seem to hurt Sheffield United in the first leg, but Egan had a header cleared off the line in the first half and their goal came through a set piece as well. Equally, if United get the lead then obviously Forest will need to score again and they showed enough creativity and endeavour to create the chances they will need to get back ahead.

As a result, I like both teams to score at almost even money. It is more of a match tactical play as at some stage Sheffield United will have to go for it and open up the game.

Sign up to Betfair and get a full refund if your first bet loses. Grab an account through the offer below and place £20 on the 2/1 Championship Best Bets Double. Here are the two possible outcomes: