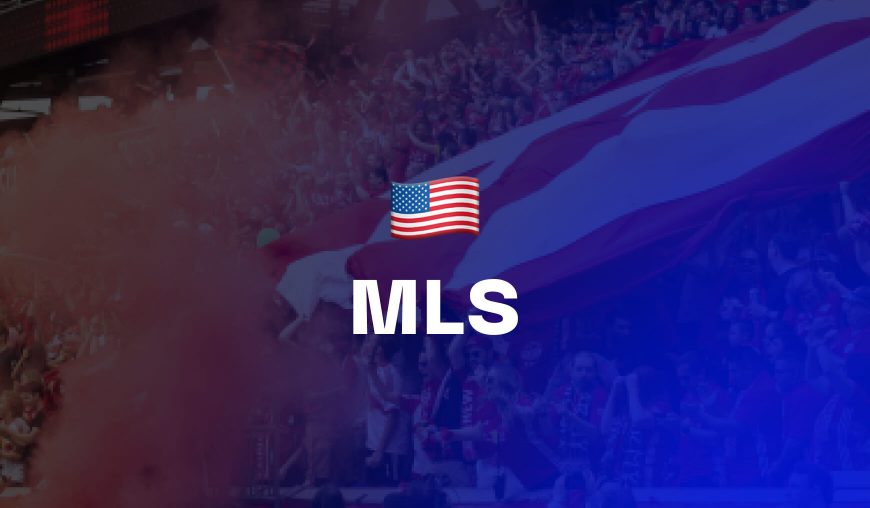 One of the first matches to kick off another round of action in Major League Soccer 2022 is the one between two Eastern Conference sides as the surprise packages of the season so far, FC Cincinnati, host the Supporters’ Shield holders New England Revolution.

Both these sides managed to avoid midweek action so they should both be fresh for what is likely to be a much more even contest than we might have envisaged at the beginning of the season.

One of the reasons for that is the penny looks to have dropped with FC Cincinnati. After three seasons of offering little to nothing in MLS, the Orange and Blue look to be going places under Pat Noonan, although if you can’t be successful with the classy Luciano Acosta on the pitch you really are struggling. Cincinnati go into this match off the back of four straight wins, a club record in MLS.

New England Revolution took ages to get up to speed this term, but in the last month or so they have found their form and I fully expect them to show us more of the team that dominated the regular season last year.

I expect to see goals in this one. In Acosta and Carles Gil these two offer two of the best chance creators in the league, while Revs forward Adam Buksa is in outstanding form right now. He has eight goals in his last six matches in all competitions.

FC Cincinnati are much better going forward than they were under Jaap Stam, as seven in their last four can testify, while the Revs have never had scoring goals among their problems.

These two met in the US Open Cup recently and New England won 5-1. I expect at least three goals in this encounter too.

Nashville are well-known for their defensive prowess, but that will be put to the test against an Atlanta team that will be better rested and beginning to gel in the final third.

Yes, Atlanta’s all-time leading scorer Josef Martinez is nearing return after several weeks out. But this isn’t about him. It’s teammates have begun to gain a better understanding of each other of late in what is a somewhat new-look front four. That group — one that includes all-time MLS record transfer signing Thiago Almada — has created 11.8 xG in their last five MLS matches.

And that isn’t including the early lead they took in a 3-2, extra-time loss to this same Nashville side earlier this month in the U.S. Open Cup fourth round. Moreover, from a sheer effort standpoint it might be more difficult for Nashville to sit deep and defend three days after they already did a lot of that on a sticky night against CF Montreal.

Nashville saw off the visitors 2-1 in that one Wednesday night, but were without the ball for long stretches.

Additionally, some scheduling oddities have probably exaggerated how low scoring Nashville games tend to be. Yes, manager Gary Smith’s men are quite content to sit in a low block when it suits them. But often at home in 2021 they were more attack-minded, with three or more goals scored in eight of their 17 home league fixtures. The problem is, this is just their fourth home fixture of 2022 while waiting for their new stadium to open.

Add in some softness in the Atlanta defense with goalkeeper Brad Guzan, center back Miles Robinson and holding midfielder Osvaldo Alonso all lost to the season, and there’s reason to believe in a solid chance of three or more goals here. Likely more than the price implies.

There are a number of matches which contain a team from each Conference taking place this weekend and one of them comes from the Saputo Stadium where Eastern Conference highfliers CF Montreal take on an often underrated Real Salt Lake side.

I say Real Salt Lake are underrated but that is largely because the Western Conference has some big teams in it such as the two Los Angeles teams, Portland Timbers and Seattle Sounders among others. Season upon season they challenge for the postseason and already sit fifth in the West heading into this encounter.

That is a decent beginning to the season but nothing near the levels of the one CF Montreal have had. The Canadians could only manage a single point from their first four matches, but we need to remember they were in Champions League action during that period and not necessarily focused on MLS.

Since then, Montreal have picked up 20 out of a possible 24 points, losing just the once away to Nashville SC which is no bad result.

In that period they have won all three of their home matches and I expect that run to be extended to four, against a Real Salt Lake who started the season well enough on the road with a draw in Philadelphia and a win at New England, but since then they have picked up just two points from five on their travels, scoring one goal in the process.

Kei Kamara has added a whole new dimension to CF Montreal, while Djordje Mihailovic already has six goals and four assists on the season. Those two can guide Montreal to a win over a Real Salt Lake team who could be missing key man Damir Kreilach.

Another of the clashes from the Eastern Conference this week sees the champions New York City FC looking to build on their win in the capital in midweek when they host Chicago Fire at Citi Field.

Fire looked like they were going to end a lengthy winless run on Wednesday night when they twice led New York Red Bulls only to be cruelly denied in injury time, but there was certainly enough in that match to suggest that they are going to come good again pretty soon.

New York City are definitely coming good, and after one win in their opening five in MLS while they were competing in the Champions League, they have now won five of their last six and powered their way up to second in the table. I fully expect this classy outfit to dominate the East from here.

It is now eight without a win for Chicago Fire but they look to have solved their issues in front of goal which is a positive. They bagged three in midweek with Xherdan Shaqiri in behind the front two pulling the strings and he will be dangerous in this match.

The Fire kept one or two big hitters back at Red Bull Arena, potentially to be fresh for this match so I don’t see a drop off in their attacking intent or quality. The problem they have is keeping the ball out of the net.

They have conceded 14 goals in their last five in MLS and now face the joint top scorers in the East in NYCFC.  New York have notched 18 times in their last six which includes a goalless draw with Sporting Kansas City where their xG was 1.76.

Chicago have spent too much in the off season to play for draws when they are bottom of the league so I expect them to be open, which should play right into the hands of this potent NYC attack. Take the home side to score at least twice.

It’s often a good idea to back Phil Neville’s Inter Miami above the total at home and below it away unless the opponent presents considerable reason not to.

And when the New York Red Bulls visit South Florida on Sunday, it shouldn’t give bettors any pause to do so. Yes, the visitors have a reputation for defense. But it’s a defense whose primary aim is creating transition opportunities, which is often easier against a home side trying to force the initiative.

In six games the Red Bulls have played away, teams are averaging a combined 3.0 expected goals (xG). The total has gone above 2.5 goals in four of the Red Bulls’ six road fixtures.

And since he’s been in charge in Miami, Neville’s group are one that have consistently tried to take the initiative at home, to varying degrees of success. Whereas away from DRV PNK Stadium, they seem perfectly content to be more pragmatic.

Their last results are perfect examples — a wide-open 2-2 home draw against D.C. United last weekend, followed by a dour 0-0 draw at the Philadelphia Union in midweek.

The average combined xG in Herons home games is 2.7 across six fixtures. It may easily track higher with the pressing Red Bulls coming to town.  That makes the total over 2.5 goals the play here where the odds sit now, and probably a fair bit lower.

Sign up to Betfair and get a full refund if your first bet loses. Grab an account through the offer below and place £20 on the 17/1 MLS Best Bets Accumulator. Here are the two possible outcomes: