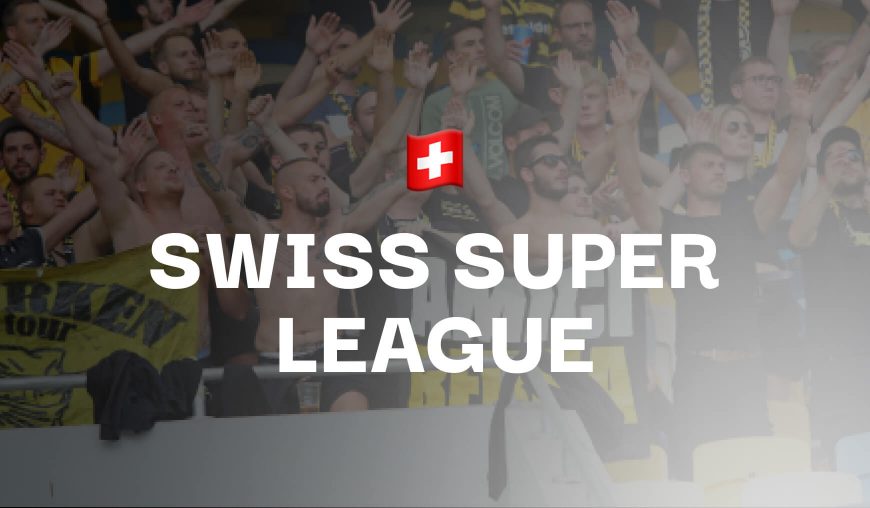 Grasshoppers are once again living with the tag of relegation candidates in their second season back in the Super League. Switzerland’s most successful club has so far brushed off those predictions, winning at home to Lugano before snatching a 1-1 draw away to Young Boys last weekend. Giorgio Contini’s men will probably have to tighten up at the back if they want to avoid being dragged into the relegation mire, but they’ll also be encouraged that they’re scoring goals, especially away to a team like YB.

On the other hand, FCSG have been efficient. They began with a pair of 2-0 home wins over Winterthur and FC Zurich, and the early signs suggest this could be a strong season for Peter Zeidler’s men. After disappointing in the first half of the last campaign before finishing strongly in the second, more consistency is required this time around to claim one of the European spots they missed out in the last campaign.

The visitors have made the perfect start, but they are on their travels for the first time and are facing a difficult trip to the Letzigrund. GC have shown they will be a tough nut to crack already, and I think this will make for an entertaining game. In two matches in Zurich last season, there were twelve goals, and only one of the last six at this venue between these two has had less than three goals.

It was a much-needed confidence boost for FC Zurich in Northern Ireland on Thursday as the Swiss champions coasted to a 2-0 victory in Belfast over Linfield. The result was the bare minimum expected, but it was very much welcomed by manager Franco Foda after two defeats and a draw from their opening three league matches. Still, there is a feeling much more is required if they are to mount a serious defence of their title.

After their impressive opening day win at Lugano, Sion were shut out for the second game in a row in their goalless derby draw with Servette. That match followed a 3-0 defeat at home to YB and that early promise has faded rather quickly for the Valais club. Sitting in fifth place ahead of kick-off, FCS will be content but also wary of slipping back into old habits.

This is a fixture that produced high scorelines last season, but much has changed since then. FCZ lack the same ruthless edge they had last season and have been very underwhelming both in terms of creativity and finishing so far. Before last season, only 2 of the last 12 matches in Zurich had more than three goals in them, stretching back to 2014. Sion are also looking uninspired lately so I don’t think there will be many goals here.

With only a handful of games played, the first meeting of the season between FC Basel and Young Boys will hardly be decisive in the destination of the 22/23 Super League title, but it may just provide a clue or two as to where the trophy may end up come late May. While these two dominated Swiss football for over a decade prior to FC Zurich interrupting the duopoly last year, there has never been less than seven points between them at the end of a campaign since 2010. Early signs suggest that the title race may be a little closer this time.

FCB are still searching for their first domestic win after their match with Luzern was postponed last weekend. Two successive draws, one at newly-promoted Winterthur and the other at home to Servette, hasn’t been the way to lay down a marker. They also come into this match after a narrow, rather unlucky defeat to Brondby in the UEFA Europa Conference League.

YB did bounce back from their surprising 1-1 draw at home to Grasshoppers with a convincing victory over Finnish side KuPS in the UECL. After such an electric start to the campaign, sharing the spoils with GC has shown that there is still much reconstruction work to be done for YB if they want to claim the title they lost last season.

These games are always fun. Both Teams scored in all four matches in 21/22, and I expect no different here. While FCB haven’t beaten YB in over two years, they are strong enough to find the net at the Joggeli, something they’ve only failed to do twice in the last decade against their Bernese opposition. The home side have been shaky defensively though, and I think YB will score for a sixth successive game.

Lugano are probably the team to have made the most disappointing start given the expectations at the beginning. After a cup triumph, a fourth-place finish in 21/22 and shrewd business in the transfer market, much was expected of the Ticino outfit, but they have only one win in their opening three leagues games and were beaten by Israeli side Hapoel Be’er Sheva in Europe in midweek. Their 4-1 triumph away to Winterthur on their last domestic assignment will give them hope that they have turned a corner.

With two postponed games either side of a goalless draw with FC Zurich, Luzern haven’t been able to get any momentum going. While the first postponement was due to pitch issues, the most recent was through no fault of their own, and they’ll be itching to get a run of games under their belt.

The visitors created a lot of chances against Zurich in their last match, and I think they can cause plenty of trouble to a Lugano backline that has been creaking and leaking goals in every game. Lugano do have goal threat themselves though, and I’ll back them to get on the scoresheet at home. Also, both teams have scored in the last eleven meetings in a row so that is the selection I recommend here.

Sign up to Betfair and get a full refund if your first bet loses. Grab an account through the offer below and place £20 on the 9/2 Swiss Super League Best Bets Accumulator. Here are the two possible outcomes: