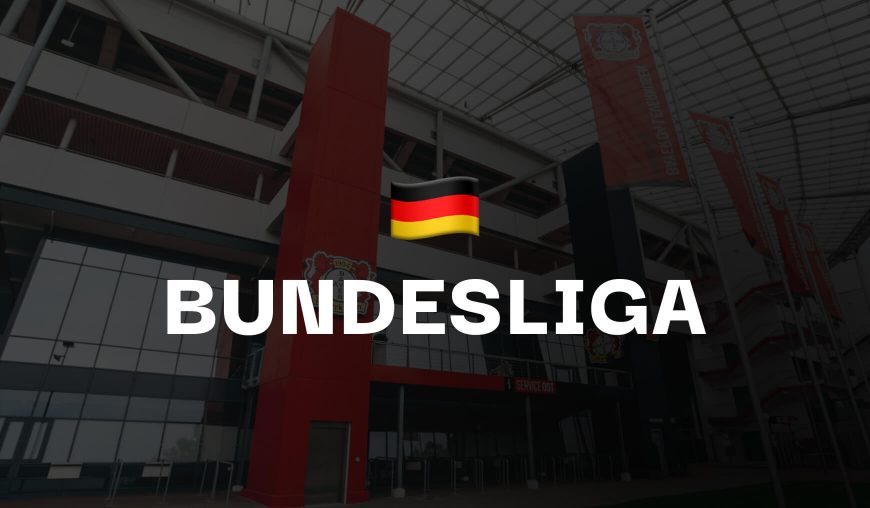 There’s no doubt that Augbsurg’s attention has now immediately turned towards next seaons Bundesliga, with this week’s press conference with head coach Markus Weinzierl focusing almost entirely on whether he’ll remain at the club this summer. “I haven’t really thought about it yet, and I can’t because I have one or two questions that are crucial,” said the 47-year-old tactician. Despite the remarkable job he’s done since taking over late last season.

Indeed, Augsburg have once again managed to avoid the drop with one game to spare thanks to gritty, defensive football which has proved crucial in picking up points at home this season. The Bavarian minnows have so far picked up six wins and four draws from 16 home games, which is considerably more than the bottom three clubs in the league. And is perhaps the main reason they’ve avoided the drop.

Although anything can really happen in these clashes at the end of the season, Augsburg go into Saturday’s home tie against Greuther Furth as strong favourites for a multiple of reasons. The first being their own home form, the second being Furth’s confirmed relegation and the third being the travelling team’s awful away record, which will likely finish the season without a single win from 17 away games.

One of the few clubs that will be gunning for all three points on Saturday are RB Leipzig, who will most likely need to secure a win over Arminia Bielefeld to ensure fourth place and Champions League football for next season. “We want to take the last step in the league on Saturday,” said head coach Domenico Tedesco. And following defeat in the Europa League and a German Cup final against Freiburg the following week, it’s easy to see why.

With star players like Christopher Nkunku and Konrad Laimer reportedly having their heads turned by bigger clubs, Leipzig know a top four finish will be crucial to keeping their star-studded squad together this summer. And, unfortunately, that will likely mean a comprehensive win over Bielefeld is on the cards.

That, unfortunately for the home side, shouldn’t be too tall of an order for the travelling Saxony side, who face a Bielefeld team that have won just two of their 16 home games this season and haven’t won a league match since February. This should be a pretty straightforward game for the visitors who will take 3 points back home with them.

All logic would suggest that Hertha Berlin will travel to the Westfalenstadion on Saturday with the incentive and drive to overturn a Borussia Dortmund side that have been on holiday mode for the past few months. However, German football is never that straight forward. Especially when the Black and Yellows are involved.

As we’ve seen throughout the season, Dortmund have no trouble scoring goals for fun in the Bundesliga, with Marco Rose’s side racking up no less than 15 in their last five league games alone. And on Saturday, with Erling Haaland set to play his final game in front of the home support, there’s little doubt that we’ll see more of the same.

That will be a huge problem for Hertha, who have the second worst defensive record in the league this season. Despite Felix Magath’s arrival at the club, the Berlin side have still only managed two clean sheets in their last six league games. As such, Saturday’s clash may prove too much for the capital side.

There’s no doubt that Freiburg’s league season came to an abrupt end last weekend, when the Black Forest side lost to Union Berlin and all but gave up any hope of finishing in the top four. Christian Streich’s side will not only have to beat an impressive Bayer Leverkusen side on Saturday, but also hope that RB Leipzig slip up to relegation fodder Arminia Bielefeld.

As such, despite Streich stating that his side will make the trip to the BayArena with their “heads held high” on Saturday, the odds remain relatively well stacked against them. In part due to their wobbling form of late – with just one win from their last three – and Leverkusen’s quietly but increasingly impressive end to the season.

Indeed, Gerardo Seoane’s side have put their own premature end to the season back in February – when injuries to key players saw them drop out of Europe and the title race – behind them and have managed to put together a decent run of form. Only Bayern Munich have won more points than Leverkusen in the last 10 weeks of the season and that’s unlikely to change this weekend.

Eintracht Frankfurt fans would be forgiven for forgetting that their side still had a Bundesliga match left to play this weekend, with all attention being afforded to the club’s Europa League final with Rangers on Wednesday.

While the club’s most prominent board member, Axel Hellmann, was praising the club’s fans as requests for match tickets exceeded 100,000, head coach Oliver Glasner was left pondering what a win would mean for the club. “The dream is only fulfilled when we win,” said the manager. And he wasn’t talking about Saturday’s clash with Mainz.

This, of course, will come as no surprise to fans of the Bundesliga. The Eagles have long since given up any hope of crawling out of midtable in favour of European glory, as made perfectly clear by the club picking up just 10 points from their last 10 league games – the fourth worst return in the division.

In contrast, Mainz have the fourth best home record in the top flight this season and should make short work of a justifiably distracted opponent in the final match of their league season.

Hoffenheim head coach Sebastian Hoeneß went to great lengths to try and convince the local media that his team were focussed on finishing the season on a good note. “I want to have the feeling that we’re reacting and getting things started,” said the 40-year-old tactician, in regards to his team kicking off the summer with a win, rather than ending the league campaign with a whimper.

However, despite his best intentions, it seems as though Hoffenheim will be forced to finish this season lamenting what they could have achieved. Once in the running for a top four finish as recently as March, Hoeneß’s side then saw their league form take a nosedive. In the past 10 games, they’ve only managed to pick up three wins and 12 points. Europe is now well beyond reach.

To pour salt in the wounds, the Sinsheim will be making the trip to Borussia Park where they’ll face a team that really have managed to pull themselves together in the final third of the season. Not only have Borussia Monchengladbach fought off the threat of relegation, but they now sit just four points behind Hoffenheim thanks to four wins and four draws from their last 10 games. And another win on Saturday for the Foals seems more than likely.

There’s no doubt that Stuttgart welcomes Koln to the Mercedes Benz Arena on Saturday in one of the most important games of the weekend, as both sides will be clawing at any opportunity they get to win all three points.

On the one hand you have a Stuttgart side that still harbour hopes of leapfrogging Hertha on the final day to move out of the relegation play-off spot and on the other you have a Koln side that could move into sixth place and find themselves playing Europa League football next season. This is a must-win match for both teams.

As such, trying to predict a winner from this game will likely prove impossible. Both sides have only lost three of their last 10 games, which suggests form will be no clear guide to how this match will turn out. Instead, a focus on goals seems far more sensible.

Between them, Stuttgart and Koln have scored 28 goals and conceded no less than 25 in their last 10 match days, with both teams relying on big No.9s to win them matches, rather than relying on sound defensive tactics. This game could go either way, but there will certainly be goals from both teams.

Like their cross-city rivals, Union Berlin go into the final matchday with it all to play for. Should Urs Fischer’s side pick up all three points against Bochum, they could leapfrog Freibug into fifth place and earn automatic qualification for next season’s Europa League group stages. As the Union boss put it this week, “the team gets that” and will be gunning for all three points.

While Freiburg and Koln have received much of the praise for over performing this season, Union have been just as – if not more so – impressive and go into the final matchday with a points return from the last 10 games that has been bested by only Bayern. This is a team on a mission with momentum and form aplenty.

Fortunately for Fischer’s side, the task before them shouldn’t prove to be too difficult for them. Bochum not only sit comfortably in midtable but have long since given up any pretence of trying to climb further up the league table. And despite recent wins over Dortmund and Hoffenheim, the club remain relatively poor on the road.

Bayern Munich’s season hasn’t even finished yet and it already seems as though the summer transfer window has already engulfed the Bavarian giants. The club have already confirmed the signing of Ajax right-back Noussair Mazraoui and reports in Germany seem insistent that Robert Lewandowski will force a move away from the club this summer. Silly season is truly upon us.

However, before Bayern can start wheeling and dealing in the transfer market they must first overcome a Wolfsburg side that are now well clear of relegation and sitting comfortably in mid-table.

Fortunately for Julian Nagelsmann’s side, Bayern very rarely struggle against the Wolves, having won their last eight matches against the Volkswagen club and that run of form goes back to before Wolfsburg had descended into mid-table anarchy. With nothing left to play for from either side, this clash should end up looking closer to a training match, in which Bayern comfortably keep the ball from their opponents for much of the match.

Sign up to Betfair and get a full refund if your first bet loses. Grab an account through the offer below and place £20 on the 9/2 Bundesliga Best Bets Accumulator. Here are the two possible outcomes: