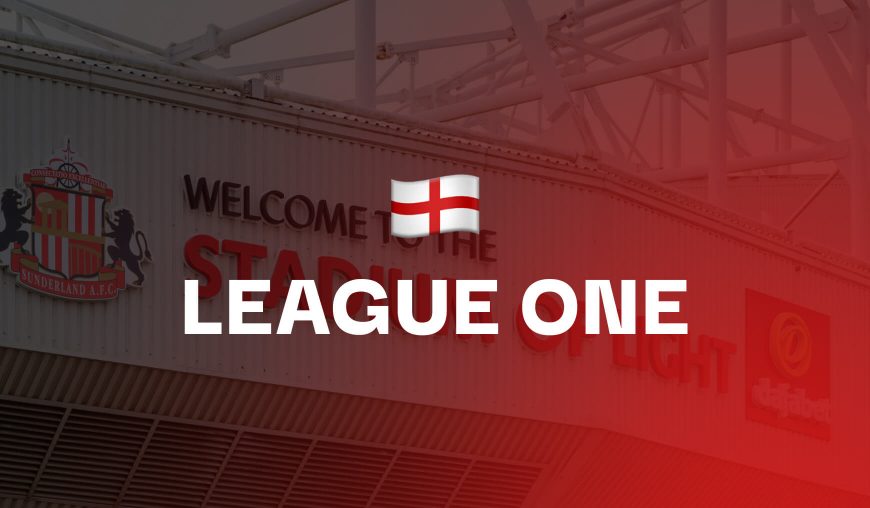 Fleetwood Town travel to Bolton Wanderers with survival in League One on the line. The Cod Army pulled themselves away from the relegation zone with a mini-resurgence under Stephen Crainey earlier on in the season, but have won just one of 20 league outings since, with the victory coming against rock bottom Crewe Alexandra.

The Trotters have been a much improved side since the January transfer window and Ian Evatt has a lot of options in the final third. Bolton have lost just once at home in their last 11 and have scored in all of their last seven. Fleetwood came close to a huge result having led in a 3-2 defeat to Sheffield Wednesday in midweek, but in the end they crumbled to lose the expected goals (xG) battle 3.11-0.47 against the Owls.

The Cod Army are currently just above the precipice on goal difference, with Gillingham hosting automatic promotion pushing Rotherham United, they are in a strong position. AFC Wimbledon are clinging onto some hope three points behind, and in need of a seven goal swing to stay up when they host Accrington Stanley.

Wycombe Wanderers travel to the Pirelli Stadium in need of a victory to climb into the play-off places. The Chairboys have a remarkable points total, 80, for where they are in the league, speaking to the strength of League One this season. Wycombe need to better the result of one of Plymouth Argyle, Sunderland and Sheffield Wednesday to have a chance of breaking into the top six and Gareth Ainsworth will be leaving no stone unturned.

Wycombe did not give up and came very close to staying in the Championship last season and it feels like they are edging towards the end of a cycle with this squad. With so much riding on the game and Ainsworth’s tactical nous, they should have creativity in the final third and experience in the side to put the pressure on the sides above them.

Burton Albion triumphed in a 2-0 win over Rotherham United a few games ago, but performances have dipped since Jimmy-Floyd Hasselbaink’s men were left with very little to play for. Exciting attacking midfielder Joe Powell is the Brewers’ danger man, but he may have work cut out against a very well-drilled Chairboys backline.

Wigan Athletic were within touching distance of promotion and clinching the league title in a 3-2 loss at Portsmouth in midweek. The Latics were two goals to the good before a dramatic second half comeback has the club looking over their shoulders in the third tier. Wigan have a three point cushion and a six goal difference advantage over third placed Milton Keynes Dons, who take on Plymouth Argyle, and therefore a defeat could still not affect their promotion hopes.

The way they lost it in midweek would have been very emotionally draining and it is quite a long trip travel-wise, meaning that Leam Richardson will have had decreased time to prepare for Shrewsbury Town. Daniel Udoh is Steve Cotterill’s men’s danger man and the up-and-coming striker could be set for a Championship move this summer.

The Latics should be able to lean on their rock solid backline to grind out a result to make the leap to the second tier. Coming against a Shrews side who have been far more assured at the back this season, than they have been eye-catching going forward.

League One Player of the Season Scott Twine will be hoping for a dream end to the campaign, and for Milton Keynes Dons to sneak into the automatic promotion places on the final day. Plymouth Argyle have put together a very impressive run to throw themselves in with a good chance in the last game, and Home Park will be rocking in support of Steven Schumacher’s side.

Liam Manning is destined for greater things as a manager, and has performed extremely well in the dugout, to fill the large shoes of Russell Martin and produce one of the most aesthetically pleasing styles of play in the EFL. Ryan Hardie’s return has been a welcome one in recent weeks for the hosts, who are winless in four, but with three of those encounters coming against fellow top seven sides.

Argyle have shown up in the big games this season and match up quite well against the visitors. Schumacher has a lot of pace and energy in wide areas that could hurt the Dons significantly in transition, with the visitors expected to have the majority of possession.

It is win and or bust for AFC Wimbledon on League One’s final day as they take on John Coleman’s Accrington Stanley. There will be no lack of motivation for Stanley, who have played out some thoroughly entertaining encounters in the last few months, knowing that they could not be promoted or relegated. The Dons are three points from safety and need a seven goal swing in their favour in goal difference to survive.

Bolton Wanderers, who play Fleetwood, could help them out, and have produced some eye-catching scorelines this season, but the chances are to stay up, Mark Bowen’s men will have to win by four or five goals at least.

The way they have been playing, scoring that amount of goals is very unlikely and the game could well fizzle out with an acceptance of their fate in the closing exchanges. Wimbledon have dropped like a lead balloon since the turn of the year, winless in 27, and need to address their drastic slide or they could be preparing for a very difficult campaign in League Two next season.

A final day cracker with huge implications at both ends of the table will get underway at Priestfield Stadium. Gillingham have performed very well to give themselves a chance going into the final day, with Neil Harris completely changing the outlook of their season. The Gills did look like they were pulling away from the drop at one stage, but a difficult run-in and the goals drying up has seen them slip back into the bottom four on goal difference. Fleetwood in 20th are 14 goals better off on goal difference, meaning that the Gills need to take something off of second placed Rotherham United.

Paul Warne’s men have wobbled in tense moments in recent weeks, and similarly to the Gills, goalscoring has become an issue. The Millers have a one point cushion on MK Dons in third, and painfully dropped two points late on at Sunderland in midweek, with Michael Ihiekwe scoring for both sides in a 1-1 draw.

The market has been pricing Rotherham up very short due to their excellent processes all season, however there is some value on the hosts given the state of play. The Millers could also take their foot off the gas a little, if news comes across that MK Dons are not winning against Plymouth. You can guarantee that Harris’ men will leave everything out on the pitch, and a point could well be enough to survive.

Barry Bannan missed out on the League One Player of the Season award but made the final three, and he holds the key to Sheffield Wednesday kicking on towards promotion back to the Championship at the first time of asking. The Owls take on a buoyant Portsmouth side who will carry some momentum from their epic 3-2 win over the league leaders Wigan in midweek.

A Lee Gregory hat-trick dug the Owls out of trouble in a 3-2 win of their own at Fleetwood Town last time out, with Darren Moore hoping for a more controlled display. Wednesday did with the xG battle 3.11-0.47 at Highbury Stadium, demonstrating their sustained high-performance levels.

The Owls have been one of the best teams in the division since the turn of the year, and with Gregory in such good form, they should get over the line to seal a play-off spot, if the teams below them drop points though, Moore could take some players off to prepare for the play-offs.

This one could be affected by proceedings elsewhere, but with the freedom that both sides could play with at some stage, a goals angle seems the more enticing way in.

Derek Adams appears to have just about done enough to keep Morecambe in League One for another season. The Shrimps have a two-point cushion on the bottom four and with Fleetwood and Gillingham facing tough opposition, it feels very unlikely they will face the drop. Cole Stockton deserves enormous credit for the season he has had, the 28-year-old could still get the golden boot, one behind Ross Stewart, 24 goals, heading into the final game.

The Shrimps’ success has come about through some more attacking tactics from Adams, accepting that he does not have the personnel to be watertight at the back, and that could play into the Black Cats’ hands at Mazuma Stadium. Alex Neil’s men risk falling out of the top six if they do not take maximum points, with a one-point gap between them and Wycombe Wanderers in seventh. Premier League loanees Jack Clarke and Nathan Broadhead have made key contributions in recent weeks, and their attacking flair could be the difference, with results elsewhere potentially confirming Morecambe’s survival mid-match.

Sunderland are certainly at a backable price to win the game and Stewart will be determined to take the golden boot in Stockton’s back yard.

Sign up to Betfair and get a full refund if your first bet loses. Grab an account through the offer below and place £20 on the 73/1 League One Best Bets Accumulator. Here are the two possible outcomes: