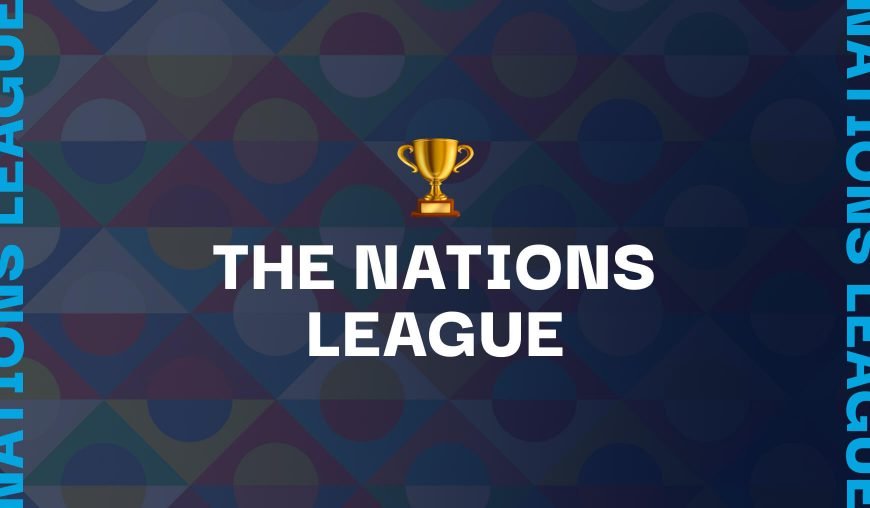 Ireland look a real mess, don’t they? A shocking defeat to Armenia was followed up by a desperate display in the 1-0 home defeat to a much-changed Ukraine side. Confidence must be shot for the boys in green and even at this early stage, the Nations League is basically done for them. Ukraine outplayed them too, there was no real fight from the Irish let alone quality and I really think they will struggle against the Tartan Army in this one.

Scotland recovered well from the disappointment of the Ukraine result with a professional display against Armenia a recorded a deserved 2-0 victory. More promising than the result was the way that several players stepped up in key positions to try and nail down a starting spot after previously being overlooked. The likes of Ralston, Mckenna, Souttar and Jack Hendry all put in excellent displays and have certainly given Steve Clarke a selection headache which is definitely a good problem to have. For Ireland, John Egan went off injured and looks a major doubt for this one and Seamus Coleman is a doubt once more with an ongoing groin problem. They arrive in Dublin looking a little short in honesty.

Stephen Kenny’s side are now 12 Nations League games without a win and I don’t see that run coming to an end anytime soon.  Kenny is under serious pressure now after yet another dismal defeat in midweek and as we know he doesn’t take kindly to criticism. He looks like a man out of his depth and I would not at all be surprised to see him replaced as Ireland boss before the next international meet-up.

I was surprised to see Ireland priced as slight favourites when the odds were released earlier in the week. Scotland have come in slightly but are still very good value for the win at around 2.75. The Tartan Army have now won seven of 11 Nations League matches, using this competition to qualify for Euro 2020, their first tournament for 23 years. Scotland draw no bet the stand out for me in this one, I fancy Scotland to win but have added the DNB to cover the draw- I certainly can’t see them losing.

The downfall of the Italians since winning the European Championships at Wembley last summer has been quite spectacular. They look a real shadow of the team that outplayed England in July of last year to deservedly be crowned European Champions. Since then quite a lot has happened, a defeat at home to North Macedonia means they failed to qualify for the World Cup this winter and now Roberto Mancini is under serious pressure which is quite incredible when you consider where this team were just 12 months ago.

In defence of Mancini, his side is ageing and is going through a massive transition. Veteran defender Giorgio Chiellini has now retired; Bonucci is past his best and won’t be involved here anyway having been allowed early leave. Ciro Immobile has been dropped from the squad, Federico Chiesa is injured while Marco Verratti, Jorginho, Emerson Palmieri and Lorenzo Insigne were among those allowed to begin their holidays earlier this month. This means there will only likely be 3 players in the starting XI on Saturday night that played in the final at Wembley last year which is quite the transformation. These 3 players will be goalkeeper Gianluigi Donnarumma, right back Giovanni Di Lorenzo and midfielder Nicolo Barella. The Azzuri aren’t graced with exceptional strength in depth either and the replacements for those missing will be vastly inexperienced and so far unproven.

This leads me to my next point that general performances from the Italians this last calendar year or so have been pretty woeful. They lost to North Macedonia, were outplayed by Turkey despite winning 3-2 on the night, battered 3-0 by Argentina, and lucky to scrape a 1-1 draw at home to Germany. The cherry on the top? A 0-0 draw with Northern Ireland.

England play their first game back at home in this set of internationals having played away in both Hungary and Germany. The fixture will be played at Molineux but without the presence of fans as the FA was hit with sanctions following crowd trouble. It came after a number of incidents at the Euro 2020 final at Wembley Stadium between the two nations in July of last year. The three lions were poor against Hungary but I thought were improved against Germany despite not being convincing and actually won the xG battle 1.57-0.83. The return to 4 at the back suited the quality attacking players, especially in the second half when the players let loose following the introduction of Jack Grealish. Phil Foden is also expected to feature as he returned to training yesterday following a spell out with Covid. The England line-up will possess far more experience and in all honesty, more quality than the Italian lineup on Saturday night and I expect them to get the 3 points back on home soil to kick start their Nations league campaign.

These two sides have certainly made for exciting viewing during the current international break. 18 goals have featured in the 4 games they have played combined in recent weeks at an average of 4.5 goals per game. I strongly fancy this one to follow that trend given the forward talent on offer for both sides and this should be a real cracker in Rotterdam on Saturday night.

The Dutch rotated heavily against the Welsh with Bergwijn, Frenkie De Jong, Memphis Depay, Steven Berghuis and Denzel Dumfries all being handed a breather. Despite this, they still managed to score 2 goals and ultimately win the game as their fine form since the Euros continues. Van Gaal has now overseen eight wins and three draws from 11 matches since the Euros and the Dutch have also gone 11 games without defeat on home soil – prevailing in six of their last seven and scoring at least two goals in each of those successes.

Poland meanwhile despite going ahead against Belgium in midweek through Lewandowski completely collapsed in the second half and lost 6-1! They are defensively suspect but do always seem to score. Lewa’s goal made it 9 successive away games in which the Poles have found the net which is an impressive record. They will also be licking their lips at the prospect of taking on a Dutch defence without their two best players. Both Virgil Van Dijk and De Ligt are missing here with VVD granted early holiday and De Ligt likely to miss out having picked up an injury against Wales.

Pretty much all of Dutch’s main attacking players were rested in midweek and will be fresh and raring to go in this one. I expect them to win the game but Poland are always a threat with Lewandowski and ultimately goals is the standout market in this one- expect this to be a thriller!

It has been a difficult 12 months for Turkish football. Failure at Euro 2020 followed by relegation from League B of the Nations League saw the end of the Senol Gunes era. Forward steps German Stefan Kuntz to lead this young, vibrant, and ultimately talented Turkish outfit forward. Signs are good under Kuntz, 8 games played, 5 wins, and just 2 defeats. The defeats too came against Italy and Portugal where they put in very decent displays.

In reality, Turkey have no business being in League C. The teams they are competing against are nowhere near their level and they should win this group at an absolute canter. The early signs of the group so far suggest they will do exactly that. Two games played, two wins, 10 goals scored and 0 conceded as Turkey look to completely blitz the group as really they should. Kuntz even made 6 changes to the starting XI prior to the 6-0 win over Lithuania and is set to reintroduce some more of his well-known names in this top-of-the-table clash against Luxembourg. Number 1 GK Ugurcan Cakir, the preferred centre-back pairing of Merih Demiral and Caglar Soyuncu, and first choice right-back Zeki Celik are all expected to return to the starting lineup as Turkey go full strength in this one.

Luxembourg are no mugs, as they have shown so far in the Nations League having seen off both Lithuania (2-0) and Faroe Islands (1-0) but with no disrespect to these sides they are vastly inferior to Turkey. Fifty-Two places separate these two sides in the world rankings and I expect that gulf in class to be shown on Saturday as a confident and vibrant young Turkey side do the business and continue their 100% start to the Nations League campaign.

Sign up to Betfair and get a full refund if your first bet loses. Grab an account through the offer below and place £20 on the 7/1 Nations League Best Bets Accumulator. Here are the two possible outcomes: