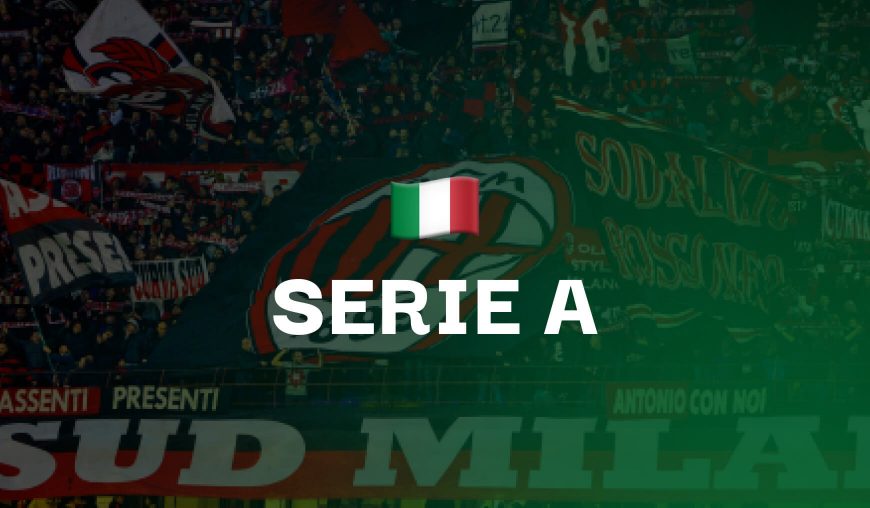 Despite everything being on the line in Serie A’s races to be crowned champions and to avoid the drop, the penultimate round of this 2021/22 season has a number of games with little to nothing riding on them, and one of those sees Bologna host Sassuolo at the Stadio Renato Dall’Ara in Sunday’s early game.

As a result of neither team having anything left to play for this season, the game in Emilia-Romagna is a tricky one to call. With pressure and expectations lifted, though, there is enough in each team to suggest that neutrals could be in for an entertaining watch.

The Neroverdi tend to throw up excitement when they play, and their healthy tally of 61 goals scored in Serie A this season is higher than anybody else in the bottom half – they sit 11th ahead of the weekend’s action getting underway – while they’ve conceded 61, more than four bottom-half sides, including 19th-placed Genoa, and almost as many as Cagliari (65) and Venezia (68), who sit 18th and 20th.

Sinisa Mihajlovic’s Bologna are themselves coming into this Round 37 clash off the back of a 4-3 defeat at Venezia, and they also shared four goals with Udinese and beat Inter 2-1 in recent weeks as well.

Nineteenth in Serie A at the beginning of play this weekend, Genoa travel to take on one-time Scudetto hopefuls Napoli at the Stadio Diego Armando Maradona knowing that they are in desperate need of a positive result to take back north to Liguria with them.

Alexander Blessin’s arrival brought a purple patch that looked to have ended, but two wins from their last three have them dreaming of survival again. Those came against fellow strugglers Cagliari and, last time out, against Juventus at Marassi, but a heartbreaking Derby della Lanterna loss to Sampdoria in between has the Grifone still stuck in the bottom three.

Napoli, for their part, are likely to be deflated ahead of this one and they have nothing left to motivate them in their final two games of the season. Having been title contenders for so long, they’ve now secured Champions League football for next season while having to watch on as AC Milan and Inter do battle for the Scudetto.

Luciano Spalletti’s side should have enough about them to score against the Rossoblu, but the visitors will have all the motivation they need to get a memorable result against the Partepei, and it won’t be a great surprise to see them pick up three points and deliver another twist in the battle against the drop.

The Serie A title is on the line at the Stadio San Siro on Sunday evening, and Atalanta will be keen to again be a thorn in AC Milan’s side as the Rossoneri close in on their first Scudetto in over a decade, knowing that even a draw will go a long way to seeing them dethrone Inter in just a week’s time.

Milan need four points from their remaining two games to get one the line, and with Sassuolo away to come on the final day, Atalanta’s visit to the San Siro should be their last serious test, given that Sassuolo have nothing left to play for.

Atalanta are unbeaten at the San Siro in their last seven trips to face Milan, last losing there in 2014. Since, they’ve kept five clean sheets, but they’ve never faced a Rossoneri side as complete as this one in those visits.

While Atalanta are no pushovers, Stefano Pioli’s side have shown time and again this season that that can, and should, be trusted to get the job done. Now, with every kick mattering more than ever, that will be tested like never before. The evidence of this season suggests that Milan will get the job done against the Bergamaschi, even if they have to sweat to make sure of it.

AC Milan playing before Inter makes the current champions’ trip to relegation-threatened Cagliari a harder one to call than it might have otherwise been. A win for the Rossoneri over Atalanta will make a successful title defence almost impossible, though a loss would again open the door for the Nerazzurri to leapfrog their cross-city rivals at the top.

Inter, though, should be able to take care of business in Sardinia. Their hosts have been poor for the entire season so far – and for 33 of last season’s 38 rounds as well – and there is a growing feeling that their stay in Serie A has reached its conclusion, at least for the time being.

But Simone Inzaghi’s side have been anything but assured or convincing in recent weeks. Cagliari might be able to deliver a couple of heart-stopping moments, but only if Inter allow them to.

Inter’s recent loss to Bologna and subsequent scare at home to Empoli should, however, be enough for Inzaghi’s side to be so motivated that the Rossoblu don’t stand a chance, as there isn’t a side in Italy as good as they are on their day.

With no room for error left, expect Inter to put on a show at the Sardegna Arena.

The Stadio Luigi Ferraris sees Fiorentina visit Sampdoria in an interesting game at both ends, but one that is still unlikely to be decisive for either the Blucerchiati or the Viola.

Marco Giampaolo’s Samp could still find themselves playing in Serie B next season, but with four points and two sides separating them from the bottom three with just two games left, it would take an extraordinary turn of events for that to happen. Never say never in Serie A this season, though.

Fiorentina are still pursuing European football at the other end of the table and qualifying for the Europa League would be an appropriate end to a fine first season in Florence for Vincenzo Italiano. If they want that to happen, they cannot leave Marassi with anything other than three points as they look to close in on one of the remaining places, particularly with both Atalanta and Lazio facing tough opposition this round.

Recent history suggests an away win in this won, with Fiorentina having won three of their last five against Samp in Serie A. Prior to this run, they had won as many in their previous 12 meetings. As well, Fiorentina have won seven of their last nine against bottom-six sides.

Another of the European hopefuls are in action on Monday night as Lazio travel north to take on Juventus at the Allianz Stadium to conclude the penultimate set of fixtures.

With Juventus having secured Champions League football for next season and with nothing left to play for after their Coppa Italia final defeat to Inter in midweek, Lazio will be sensing that there is an unexpected opportunity to take advantage of.

Juventus, as well, have failed to keep a single Serie A clean sheet since beating Salernitana 2-0 on March 20. Since, they’ve conceded to even Cagliari and Venezia, while the lost last time out in the league against Genoa, despite having led 1-0 as late as the 87th minute. They’ve conceded at least once in their last six, last going a longer time without a clean sheet under Andrea Pirlo – going 14 matches. Against Lazio, they’ll meet much trickier opponents than they’ve had to face of late.

Maurizio Sarri’s Lazio themselves have defensive questions hanging over them though, and they’ve kept just one clean sheet in their last seven outings, which came in their last game at home to Sampdoria.

The Bianconeri have also managed to win 12 of their last 15 against the Biancocelesti, and Massimiliano Allegri has led Juventus to 10 wins from his last 11 games against Lazio.

Sign up to Betfair and get a full refund if your first bet loses. Grab an account through the offer below and place £20 on the 9/2 Serie A Best Bets Accumulator. Here are the two possible outcomes: