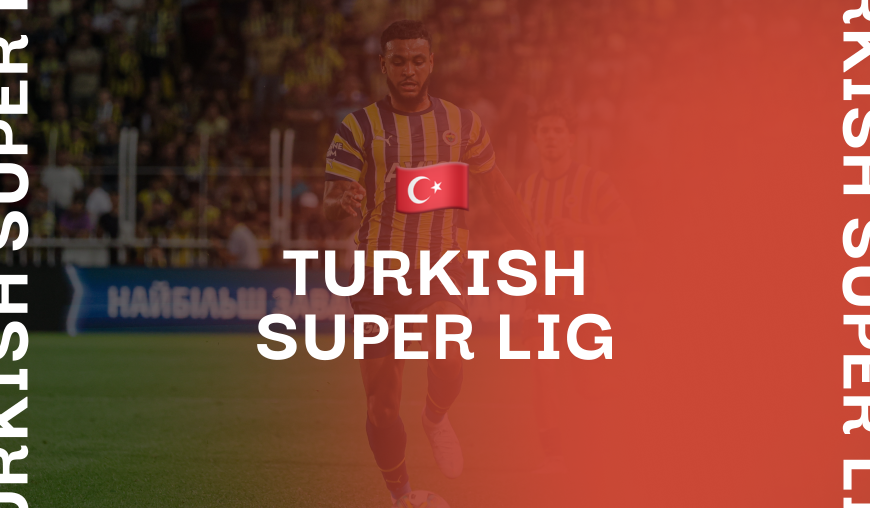 Antalyaspor finished last season in good form. They were in very good physical condition, and as they won consecutive matches, they improved mentally. But the season is over and the 16-games undefeated streak has been interrupted. There were players who left the team, the most important of which Doğukan Sinik left. They haven’t been able to fill the place of the talented Turkish winger yet. Young coach Nuri Şahin has to set up a new offensive plan with a new transfer Sam Larsson.

Galatasaray’s squad has almost completely changed. They had one of the worst league rankings in history, finishing 13th in the league last season. This summer, they made transfers that will make you forget this bad season. Sergio Oliveira and Fredrik Midtsjö came into the midfield even though they lost the best player in the defense, Marcao. Striker Haris Seferovic will play up front and the offensive powerhouse includes three talented Turkish players; Kerem Akturkoglu, Emre Akbaba and Yunus Akgun. Right-back Leo Dubois came from Lyon, but the French defender was injured before this game. Another right-back Omar Elabdelloui is also injured, a young right-back can play in this match.

Lastly, Galatasaray played well in the friendly match against Fiorentina and had a positive mood and try to start the season well by winning this match. Antalyaspor’s form in the last part of the last season and the hot weather in Antalya make the result more in favour of the visitors given their all around quality they have brought onboard this summer.

Başaksehir played in the UEFA Conference League game last Thursday. They beat Iceland’s representative rival Breidablik: 1-3. Danijel Aleksic scored 2 goals and started the season in form. As one of the teams that started the pre-season period early, they have already played three official matches and it can be said that they are well ahead of Kasımpaşa in this respect. They will play the second match against Breidablik next Thursday, but it will be much easier for them to focus on the Kasımpasa game as they have an away win.

Kasımpasa lost two strikers who scored a total of 32 goals last season, Jackson Muleka and Umut Bozok left the team. The loss of these two players will definitely negatively affect the offensive power. They signed Stephane Bahoken from Angers, they are expecting goals from him up front. Also, Kasımpasa still doesn’t have an experienced goalkeeper. They want to showcase a new Turkish goalkeeper by having young goalkeepers compete among themselves, which makes them a slightly more vulnerable team.

Başaksehir star Mesut Ozil is not ready physically, he needs a few more weeks to be in the starting lineup. Basaksehi oach Emre Belozoglu may rest a few of his players to keep them fresh, but they are in good enough form to beat troubled Kasımpasa.

Fenerbahce won by playing very well against Slovacko last Thursday. Despite numerous injuries, the majority of the starting 11 were made from players who were in the team last season and they were very successful. Also new signings Emre Mor and Lincoln played superbly and they changed the scoreboard. European matches were positive for preparation for the league, but the valuable players of the team, Serdar Aziz, Irfan Can Kahveci and Joshua King are still injured. But it’s okay for such matches because the squad depth is very good. In addition, the new transfer Joao Pedro was injured as he came and has not yet played.

Umraniyespor finished the lower league as champions and will play their first Super Lig match in its history. Although they have made many new transfers, the quality of their squad is too weak to compare with Fenerbahce. Still, a very good team tactically, coach Recep Uçar definitely prepares his team by analyzing the opponent well. They also have players who can exploit the spaces behind the defence in transitions, which makes their game more menacing. They will make an effort throughout the match not to let Fenerbahçe go to a high tempo.

Fenerbahce really want the league championship this season. Experienced coach Jorge Jesus’ motivation is more in the Super League than in European competitions. His teams are always offensive and Fenerbahce Stadium is a great place for that. Umraniyespor, on the other hand, will try to slow down the opponent and they are a team that can be successful in their debut game in the top flight.

Sign up to Betfair and get a full refund if your first bet loses. Grab an account through the offer below and place £20 on the 4/1 Turkish Super Lig Best Bets Treble. Here are the two possible outcomes: