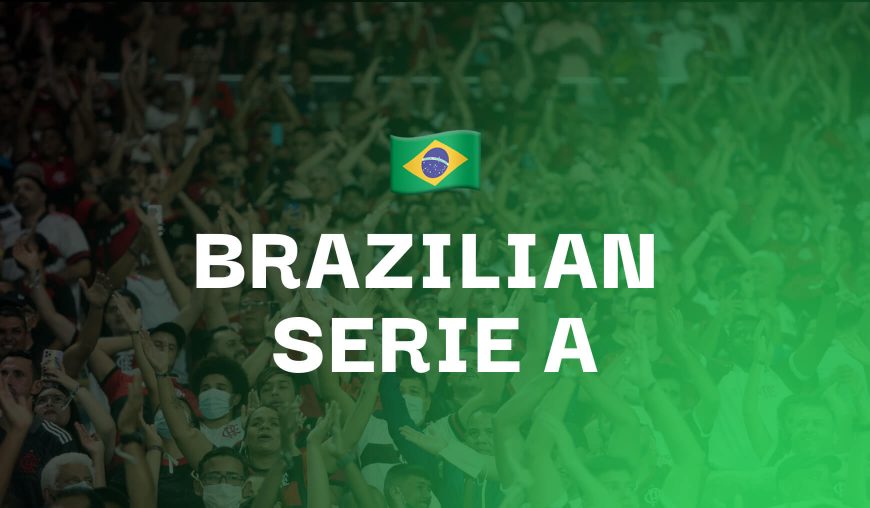 One of the top matches of matchweek 21, sees Rogerio Ceni’s Sao Paulo take on an in-form Flamengo, at the Estadio do Morumbi.

Ceni will go up against his former club, he was in charge of Flamengo from November 2020 until July 2021, when he was sacked. He led the club to the Brazilian Serie A title, Supercopa do Brasil and Campeonato Carioca during his tenure.

His Sao Paulo side come into this battle in poor form in the league and are without in their last five matches, but in all competition, they have won two out of their last three. On Saturday, they travelled to Curitiba to take on Athletico Paranaense. Sao Paulo played a much-changed side from their regular starting XI, with an eye on the midweek clash. Tricolor had more of the ball, but failed to really threaten Athletico and put up an XG of 1.50 to Furacao’s 2.45. They almost earned a point, but a second-half penalty from Vitor Bueno ensured Sao Paulo left the state of Parana empty-handed.

Ceni’s decision to rest players for Wednesday’s Copa Sudamericana clash with Ceara paid off, as they enjoyed a 1-0 victory, thanks to a second-half goal from Nikao. They limited Ceara to an XG of 0.66 and registered one of 1.78. The only negative from the night was a second-half penalty miss from Jonathan Calleri, which could prove costly come the end of the second leg.

With the second leg coming up on Wednesday, Sao Paulo may once again opt to rest players for this fixture, which could give another opportunity for youngster Rodriguinho, who made only his second senior appearance last weekend. One definite absence is Luciano, who misses out due to a ban.

Flamengo’s excellent recent form continued this week. First, they took on Atletico GO at home, where they raced into a four-goal lead in the first half, in a 4-1 win. This was an extremely impressive result, considering they rested several key players. Their expected goals were above 3.0 for the third match on the spin, as they put up an XG of 3.66 and limited Atletico to just an XG of 0.16. Then on Wednesday evening, Flamengo took on Corinthians in the Copa Libertadores Quarter-final first leg. After losing in the league last month to the same opposition, the Rubro Negro dominated, racking up a 2-0 victory, which puts one foot in the Semi-Final. Like Sao Paulo, they are likely to make several changes to their starting XI, as Flamengo look to complete the job on Tuesday.

With both sides set to make changes, the game could have more errors than normal in defence. Flamengo’s squad depth is incredible as Atletico GO found out last week. They will feel confident of earning another victory here.

Fluminense take on Cuiaba this Sunday at the Maracanã, where they will be hoping to extend their unbeaten run to 13 games. Cuiaba will be eager to lift themselves out of Brazil’s bottom four.

Flu come into this game in a great vein of form, they have won nine of their last 12 matches in all competitions, as manager Fernando Diniz is doing a wonderful job, playing an exciting brand of football in the process. Last time out, Fluminense took on Santos away from home. After going 1-0 down early after a goal from Luiz Felipe, Flu fought back with a Ganso penalty and just a minute later, Jhon Arias fired Flu in front with a lovely strike from the edge of the box. The Rio side couldn’t hang on though as a counterattack from Peixe saw Marcos Leonardo finish well, as the spoils were shared. On the whole, Flu had slightly better chances with an XG of 1.31 compared to Santos’ 1.21, but their failure to deal with counter-attacks saw them drop two points. Flu have outperformed their opponents on XG in their previous three matches and will be hoping to do the same again here.

Andre will miss out here after picking up a third booking last time out, 20-year-old  Martinelli is expected to start in his place.

After victories over Avai and Botafogo in July, Cuiaba looked like they had turned a corner, but fast forward to now, they haven’t won in their last four outings and sit in Brazil’s bottom four. Last time out, they took on fellow strugglers Fortaleza. A first-half goal from Robson was enough to secure the away side the three points, in what was a steal. Cuiaba put up an expected goal of 2.70 compared to Fortaleza’s XG of 0.54, which will be sickening reading for the Cuiaba fans.

In midweek they have been busy in the transfer market, first signing Sidcley, as well as, last year’s Copa Libertadores final hero, Deyverson. The latter is unlikely to be registered in time to play here. Two players definitely missing are Joao Lucas and Igor Carius, who are banned.

Fluminense have been in great form of late and sit in third place, whereas Cuiaba are going through another tough patch. Flu are unbeaten in their previous three meetings with Cuiaba and will be extremely confident about picking up the three points in this matchup.

League leaders Palmeiras made it four Brazilian Serie A wins on the spin last time out with their second 2-1 victory in a row. This time, it was away from home against Ceara. Goals from Dudu and new signing Jose Lopez were enough to see Palmeiras claim three points, as they sit four points clear of second-place Corinthians. Despite not seeing as much of the ball as Ceara, Palmeiras racked up an expected goals of 1.44 compared to Vozão’s 1.12. Then on Wednesday, Palmeiras took on Atletico Mineiro in the Copa Libertadores Quarter-final first leg and despite putting in a poor display, they managed to earn a decent 2-2 draw away from home, setting things up nicely for the return leg. Porco fell two goals behind and were looking likely to concede more, but goals from Murilo and Danilo ensured they headed home the happier of the two sides.

Murilo will miss the clash here due to suspension.

After three games without a win, Goias finally returned to winning ways with a wonderful display against Coritiba last Saturday. Their XG of 2.30 was slightly ahead of Coxa’s 2.06. Pedro Raul’s 80th-minute goal ensured the three points for Esmeraldino. However they allowed several scoring chances in the game and if they do that here, Goias will be punished.

Right-back Maguinho is banned here, but Goias could have the return of up to four players. Felipe Bastos and Luan Dias can return from suspension, while Reynaldo and Apoidi are back in training after recovering from injuries.

Palmeiras are a side who know how to get the job done, no matter how they perform, within a blink of an eye they can turn a game on its head. Even though they could likely ring in the changes with an eye on their Copa Libertadores tie, their squad depth is strong and should have way too much firepower for a Goias side in mixed form.

“Ole Ole Ole Ola… Cuca, Cuca!” rang around the Estádio Mineirão in Belo Horizonte as the legendary Brazilian football manager took charge of his first home game since returning to Atletico Mineiro after Antonio Mohamed was sacked. Cuca led Atletico to the Brazilian league title, Copa do Brasil and the Campeonato Mineiro in 2021.

His return hasn’t started off how he would have liked, however. Last Sunday against Internacional, Galo conceded three first-half goals in a 3-0 loss. Despite the defeat, Atletico had more chances on goal and racked up a far greater XG of 2.98 compared to Inter’s 1.02. Then on Wednesday, a goal either side of half-time saw Galo take a 2-0 lead in their Copa Libertadores tie with Palmeras. Cuca’s boys were cruising and looking like they were going to add to their tally until two sucker punches from Murilo and Danilo, meant Atletico were once again ruing missed chances, as they once again outperformed their opponents on XG with 2.43 compared to Palmeiras’ 1.57.

Despite falling short in their two outings under Cuca, performances are looking better and it’s only a matter of time before they come up with a big win and here would be a perfect time.

Last weekend, Athletico Paranaense enjoyed a 1-0 victory over a much-changed Sao Paulo side, before drawing 0-0 with Estudiantes on Thursday in the Copa Libertadores at home in a dull affair. The result means Luiz Felipe Scolari will likely rotate his side in order to have his best players fresh for the return leg in midweek. Athletico have lost their last two away games and face another tough task here.

Galo have won their last six matches against Athletico in all competitions and with their squad depth being stronger, they should make it seven in a row and pick up their first win in four matches.

Sign up to Betfair and get a full refund if your first bet loses. Grab an account through the offer below and place £20 on the 6/1 Brazilian Serie A Best Bets Accumulator. Here are the two possible outcomes: