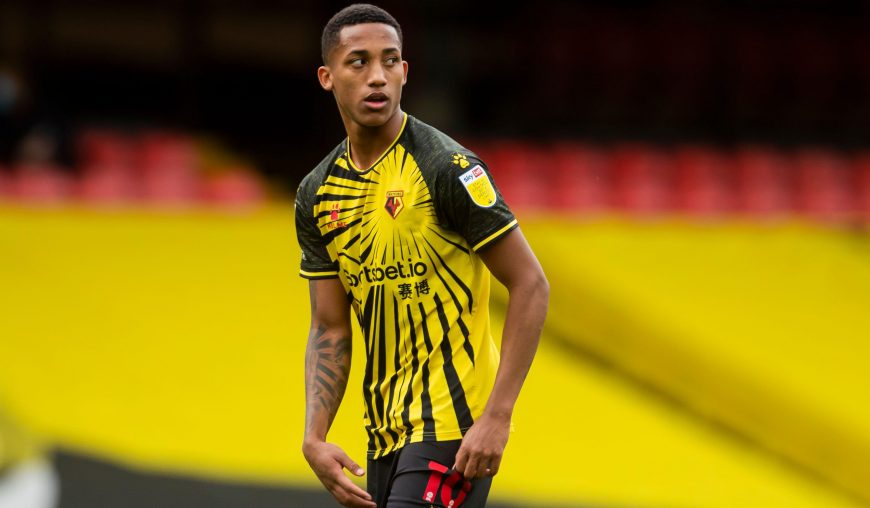 Football is back. A gameweek that began with freshly relegated Burnley beating play-off finalists Huddersfield Town ends with another relegated side taking on a team that finished in last season’s play-off spots.

Optimism is sure to be high in both the Hertfordshire and South Yorkshire camps as the race starts for a place in next year’s Premier League line-up. Hosts Watford enter the new season with the exciting appointment of Rob Edwards, fresh off creating a free-flowing, dominant Forest Green Rovers side that secured the League Two title in 2021-22. The 39-year-old is only beginning his second full season of EFL management but seemingly has the world at his feet after such an impressive spell in Gloucestershire. Get things right and he could find himself as a top flight manager almost as quickly as he arrived in English league football.

The promotion of Paul Heckingbottom from under-23s manager to Sheffield United manager was initially met with a feeling of disappointment from those outside the club. A win percentage of 53.33% percent from his 30 games however would see the 45-year-old take the Blades into the play-off places that they desired. They would ultimately fall short of promotion though after losing on penalties in a thrilling semi-final clash with Nottingham Forest.

Both Watford and Sheffield United will believe they have enough about them to secure one of the Championship’s two precious automatic spots. For now though, they must begin their campaigns against each other in a fixture that some may consider a potential play-off tie at the end of 2022-23.
Here are my top 3 picks for Watford v Sheffield United on Monday 1st August 2022.

When it comes to assessing Championship sides in pre-season and making predictions about who will finish where, those tipped to be up at the top are always said to possess the same thing; Premier League firepower.

Watford’s squad has not been completely decimated of its top flight quality just yet. Brazilian striker João Pedro and Senegalese forward Ismaïla Sarr were both key goal getters in the Hornets team that won promotion from this level two seasons ago, scoring 9 and 13 league goals respectively. Watford also still currently possess Nigerian Emmanuel Dennis, who was one of their notable gems in the Premier League last season with 10 goals in 33 top flight games. Whether the likes of Sarr and Dennis remain come the end of this transfer window remains to be seen, but whilst still at the club they will be players considered a true cut above. New signings Vakoun issouf Bayo and Rej Manaj, Ivorian and Albanian respectively, will be looking to either add to or replace the ability currently at Rob Edwards’ disposal in forward areas.

Sheffield United meanwhile continue to call upon hometown hero Billy Sharp, the all-time record goalscorer at Championship level who added another 14 league goals to his huge personal tally last season. His numbers led the way for a Blades team who can still call to Senegalese midfielder Iliman Ndiaye and Norwegian midfielder Sander Berge for goals, although they won’t have the benefit of Wolves loanee Morgan Gibbs-White that they did in 2021-22. The hope will be to look at the younger crop of forwards. Rhian Brewster turns 23 this season and the chances of that prolific goalscorer potential cannot yet be declared dead. 18-year-old William Osula has been encouraging in pre-season, as has Canadian-born striker Daniel Jebbison who was bit-part for Sheffield United last season after being recalled from a successful Burton Albion loan spell in January.

With the forward ability currently on display for both sides, this Monday night fixture carries the potential for the ball to hit the back of the net a fair few times at Vicarage Road.

Joao Pedro to have 2+ Shots

Watford’s young Brazilian starlet, Joao Pedro, has been excellent since his move from Fluminense but is yet to achieve his full potential. After a breakout season in the Championship, Pedro struggled for consistent minutes until the end of the PL season, often losing out to Josh King and/or Emmanuel Dennis before cementing his place as the lead striker. With King out the way at Fenerbache and Rob Edwards deploying a 2 striker formation, Pedro has the chance to be a real star in the Championship this year.

A natural number 9, Pedro is quick and good in the air while possessing the technical quality on the ball to drive at defences who afford him space. In this matchup I can see Sheffield United’s midfield being stretched to defend Hassane Kamara’s and Ismaila Sarr’s attacking threats from out wide, leaving Watford’s number 10 with space to beat his man 1-on-1 and shoot. Pedro is not shy of shooting averaging 2.57 Shots per Game against Premier League defences last year.

Sheffield United’s afforded Nottingham Forest 30 shots across the two Playoff games last season who played a 3-4-1-2, like Edwards’ Watford, and Brennan Johnson had 8 shots playing the same role as Pedro. With defensive absentees a plenty for Sheffield United, including right back Jayden Bogle who could neutralise Pedro when he drifts to the left as he tends to do, Watford will fancy their chances to press the makeshift back line. The high press led to 2 SOT for Pedro in pre season at Panathinaikos and the Brazilian will be looking to kickstart his season with a goal or two tonight having scored 9 in his last Championship campaign.

Prediction: Joao Pedro to have 2+ Shots

The Hornets last second tier campaign was in 2021-22, the now infamous ‘behind-closed-doors season’ where they secured an immediate return to the top flight after finishing second. Watford will be aiming to repeat that accomplishment in 2022-23, and fans at Vicarage Road will in turn hope that their capture of such a highly esteemed coach in Rob Edwards can be the start of a positive future at the club. Watford under the Pozzo’s have grown an unwanted reputation as being a club where managers and head coaches do not get sufficient time to build a project. Immediate success is required, and you are ejected swiftly if you do not meet the standards set by those high up in the club hierarchy.

The pressure could well be on Rob Edwards to achieve a place in the Premier League as soon as possible, and Watford fans are likely to be left frustrated if a coach as promising as the 39-year-old is dismissed too soon. A winning start on home soil will always be desired, and with the quality available to Watford at the moment, it will be fancied. The squad is likely to look different in terms of arrivals and departures by the time the window shuts on the 1st of September, but it certainly for now is a squad that should be capable of competing and beating plenty of second tier level opponents. The Hornets are deservedly favourites for this Monday night fixture.

Back the 5/1 Watford v Sheffield United Bet Builder below ⬇️

Sign up to Paddy Power and get a full refund if your first bet loses. Grab an account through the offer below and place £30 on the 5/1 Watford v Sheffield United Bet Builder. Here are the two possible outcomes:

How to watch Watford v Sheffield United in the Championship