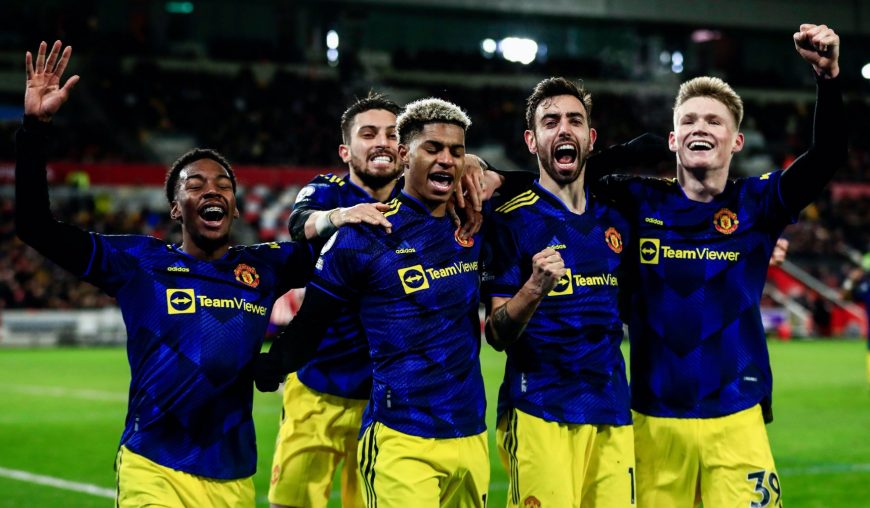 Saturday lunchtime and let’s kick things off with a Bet Builder in the Premier League takes as we had to Old Trafford, where Man United take on Southampton in an important game for both teams. United are coming off the back of a disappointing draw versus relegation threatened Burnley, a game which they felt like they should’ve taken three points from. The mediocre performance lacked star quality from the most expensive squad in the world and is a potential cause of worry for United fans. Southampton had better fortunes in the midweek fixtures, as they are carrying momentum forward from their victory against Spurs. This is a result that can spur them to believe that they can get results against ‘top six’ sides.

The hosts are currently 6th in the table, as they are fighting to claim a top four spot to secure Champions League football for next year. They are level on points with 5th and one point behind 4th, which encourages the Red Devils to charge on. After dropping points against Burnley, United will believe that games like this against Southampton will be even more vital in order to cement a solid fight for a top four place in the league. Southampton aren’t far behind, as they are currently 10th in the table. They are two points from 9th place and one point ahead of 11th, but they have played an extra game than both teams in these positions, so going on a run of picking up three points is needed for the Saints to establish themselves in the top half of the table.

Even though Man United have been producing some questionable performances in all competitions, their league form has been admirable with only one loss in their last 11 games, showing a sense of resilience despite sometimes struggling to get the better of their opponents. Southampton don’t have to worry about that too much though, as they have been playing well themselves with only two losses in their last eight league games. After their comeback against Spurs in their last fixture, Southampton will be the side believing that they can make the trip to the north of England and steal the points from their hosts.

Have a look at my bet builder selections below and help yourself to the Cheat Sheet as Saturday’s action gets underway.

With Man United in less than ideal form and Southampton who are fancying their chances, I believe that this fixture will have a high level of competitiveness that will see both sides end up on the scoresheet. Southampton’s last seven league games have all seen both teams score, which highly enhances the possibility of that trend advancing into this fixture with Man United. The Red Devils haven’t experienced too many clean sheets themselves, with five of their last seven league fixtures seeing both teams scoring. Expanding on that over the course of the current season, Man United have only had five clean sheets in their 23 games played, showing that they are quite often shaky at the back.

In terms of goal averages, United normally net an average of 1.64 goals when playing at home and see an average of 1.36 goals fly into their own net. Southampton have a slightly worse record, as when they are on the road, they score 1.25 goals whilst conceding 2.17 goals. These numbers back up the chance that we can see both teams get at least a goal each, which will be helped by the fact that both sides have a record of letting goals in. Adding these together to produce total goals per game, Man United normally experience three goals when playing at Old Trafford, and Southampton see 3.42 goals go in when they play away. I believe that as this is a fixture that could produce a competitive result, these goals will be shared between the two teams.

To back up the selection with some more numbers, Man United have conceded in nine of their 11 home games this season, whilst Southampton have scored in all their last seven games. This reinforces my belief that both teams will be contributing to the action, as the selection looks very achievable. Also, with Southampton seeing 83% of their away games having over 0.5 goals before the break, expect to see the ball in the net at least once before half time.

Armando Broja to have 1+ Shots on Target

Armando Broja is my pick to get a shot on target during the game, as he has been in fine form during his loan spell at Southampton this season. Once his quality shone through, his partnership with Che Adams upfront has been one of the Saints’ strongest attacking options as both strikers are working exceptionally well together to help generate chances and put them away. With Broja carrying momentum and good form into this game as he was on the scoresheet during Southampton’s impressive win against Spurs, I expect him to be vital in Southampton’s attacking threat during the game.

In 19 appearances this season, Broja has managed to net six goals. When you work that out per 90 minutes, it equates to 0.51 goals per full match which is an impressive number. To put his goal tally into perspective, he has scored more league goals and has a better goals per 90-minute ratio than his parent club Chelsea’s record signing Romelu Lukaku. With Broja proving to be a crucial part of the Southampton setup this season, he is always a huge threat to his opponents’ goal, which is why Hasenhüttl has stated his desire to retain Broja beyond his one-year loan period.

In terms of his involvement during games, the Armenian normally collects an average of 2.89 shots, with 1.11 of those ending up on target, leaving him with 46.4% of total shots on target. With an average shooting distance of 11.7 yards which shows he hangs around in the right places in the box, or sprints close towards the keeper when he is played through on goal, I believe that he will be in the right areas on Saturday in order to trouble Man United.

Prediction: Armando Broja to have 1+ Shots on Target

Luke Shaw to be Booked

Action from both teams in a competitive affair should lead to some ferocious passages of play as attacking quality from both teams could warrant a few unfavourable tackles. With Southampton being so confident in their attack, especially in their comeback victory against Spurs, I expect Luke Shaw to come under pressure and end up with a yellow card.

In terms of Shaw’s defending statistics, he commits an average of 1.84 fouls per game. However, he will have a difficult task on his hands as he will be coming up against a right Southampton side of Broja (who draws 1.37 fouls per game), Stuart Armstrong (who draws 1.25 fouls per game) and Kyle Walker-Peters (who draws 1.67 fouls per game). Even though these players will be his main responsibilities, he may have another task to keep an eye on as Harry Maguire performed below expected in the previous fixture, so Shaw may be left in an awkward position clearing up any mistakes that his teammate may make in his less-than-desirable form.

Some numbers that back up some weaknesses in Shaw’s defensive abilities is that so far this season, only 28.6% of his pressures have been successful. That provides the opportunity for an error to be made, especially in a Rangnick system that relies on this method when not in possession of the ball.

With most of Shaw’s tackles occurring in his defensive third and a strong, in-form Southampton attack charging towards him, I wouldn’t be surprised to see him end up in the book. With the referee dishing out an average of 3.33 yellow cards per game, Shaw could make up that number on Saturday as being under pressure in a game that United will see as a must win due to their result against Burnley, could result in a tackle or two of desperation.

Prediction: Luke Shaw to be Booked

Back the 7/1 Manchester United v Southampton Bet Builder below ⬇️

Sign up to Paddy Power and get a full refund if your first bet loses. Grab an account through the offer below and place £30 on the 7/1 Manchester United v Southampton Bet Builder. Here are the two possible outcomes:

How to watch Manchester United v Southampton in the Premier League