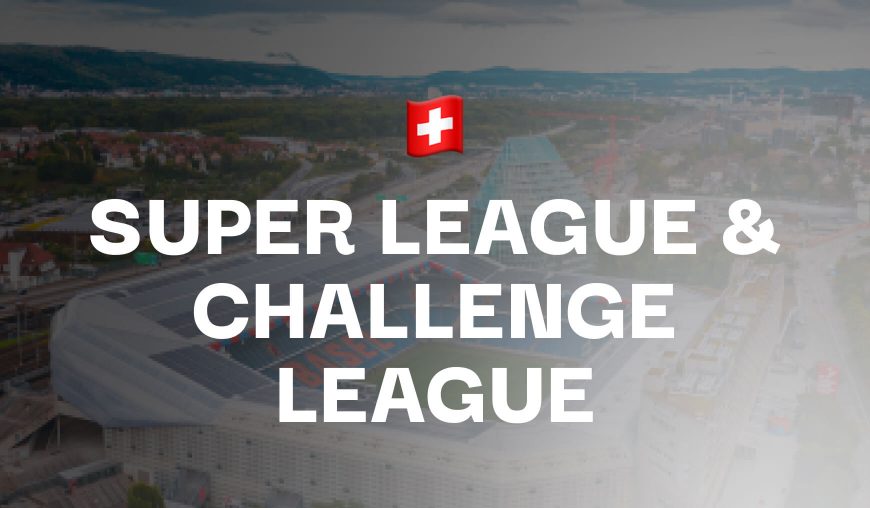 Winterthur conceded top spot in the Challenge League on Friday evening after a tense, dramatic 2-2 draw with FC Thun at the Schutzenwiese. It could’ve been worse, they were on course to lose the match until Samir Ramizi popped up in the fourth minute of added time. More encouragingly, with direct rivals Aarau and Schaffhausen still to play each other before the end of the season, Winti still control their own destiny in this final stretch.

Ex-FCB and Dortmund player Alex Frei will take his side to the place where he cut his teeth as a manager in senior football, the IGP Arena. Frei seems to have left an indelible mark on his old team, FC Wil have scored and conceded at a remarkable rate both before and after Frei’s departure to Winterthur during the winter break. The 5-2 loss away to Vaduz last time out made it thirty-one goals in their last six games and a total of sixty-four scored and seventy-two conceded.

With FC Wil a trickier proposition on home soil, they’ve only lost two of their last ten, and Winterthur winless in their last three, it is difficult to confidently predict Winterthur to come out with a favourable result. Unsurprisingly, goals in this one are much more predictable. All three meetings this season have ended with Over 2.5 Goals (4-0, 3-5 and 3-1) and I believe we’ll see it happen again here.

After one win in six matches, Aarau are back on track as they posted a third straight win in their crushing 4-0 display away to Yverdon-Sport. That result lifts them up to second and puts their promotion destiny in their hands. With three massive matches remaining, two of which take place at Brugglifeld, there is a real belief that they can top the pile and return to the Super League for the first time since 2015.

Aside from their recent blip, Aarau have been very strong on their own patch this season and they look set to welcome Stade Lausanne-Ouchy at exactly the right time. SLO have the unwanted “achievement” of being the side with the worst form in the league over the last five games having had just one win in their last eight. They’ve also lost their last four away games in a row away from Pontaise and generally, their form isn’t great on the road.

Aarau have everything to play for here and look back to their best, scoring ten goals in their last three matches, and I think they’ll pick up an important three points here. Sixteen-goal Kevin Spadnuda and nine-goal Donas Rrudhani have both scored in each of the last three games and can provide the firepower to record a fourth consecutive win over SLO this season.

It is no secret that SC Kriens have endured a disappointing season in the Challenge League. While their relegation was confirmed a few weeks ago, they have been certain to go down to the Promotion League since the winter break. To their credit though, they keep on plugging away, producing two home wins in their last five matches to restore a little bit of pride around these parts.

Vaduz followed up their Liechtenstein Cup win with a commanding 5-2 victory over FC Wil at the Rheinpark last time out. The result keeps the principality club in fourth but still some six points away from either of the promotion spots. Most sides have relished this trip to Kleinfeld this season, Vaduz will be well aware of how much of a potential banana skin their opposition can be though. They have won all three meetings but have conceded in them all and were only eight minutes away from a home defeat back in mid-March.

Despite their strong away record, Vaduz have conceded more goals than anyone else outside the bottom two on their travels. Kriens keep on battling hard, have scored in five of their last six and gave their visitors an almighty fright in that last game in Liechtenstein. For those reasons, I think we’ll have goals at both ends.

Thun threw a spanner in the works in the race for promotion last Friday evening and the club from the capital have the opportunity to do it once again with the visit of Schaffhausen in midweek. When it comes to their visitors, it has been a very level playing field in the previous three meetings, Thun have picked up a victory and a draw at home but lost both matches at the WeFox Arena.

A nine-game unbeaten run for Schaffhausen ahead of this latest away trip has propelled them to the top of the table and given them the keys to the league title and automatic promotion. Having not won away to Thun since 2008, back when their hosts played at the old Stadion Lachen, FCS will be under no illusions of how big a hurdle this is that they must pass if they wish to unlock the door to top-flight football next season.

This will be a tight contest. Thun have won their last four in a row at home and have also only failed to score once this season at the Stockhorn Arena. Schaffhausen are in a good place but have kept only two clean sheets in their last ten away fixtures, they also haven’t failed to score on their travels since mid-October. I’d go for Both Teams to Score.

YB still have work to do in their attempts to sew up third place and entry into European competition next season after suffering a 3-1 defeat to Lugano on Saturday. Their shaky defence had leaked goals in their previous ten matches in a row and it came back to bite them again in a match that they had led just after the break. Following on from two wins in a row, it was a disappointing result that the four-in-a-row champions will want to put behind them quickly with Lugano breathing down their neck in fourth.

St. Gallen are all but out of the battle for Europe, though they can still achieve it via the Swiss Cup Final later this month, and will hope to at least catch Lugano who occupy fourth. That being said, they can still claw back some ground on Young Boys with a victory in Bern on Tuesday.

This fixture usually provides good entertainment and with the fragility on display by YB recently, they conceded for a fourteenth straight game on Saturday night, this should be no different. St. Gallen are one of the most dangerous attacking sides in the league while YB have only failed to score at home twice in four and a half years. I expect goals.