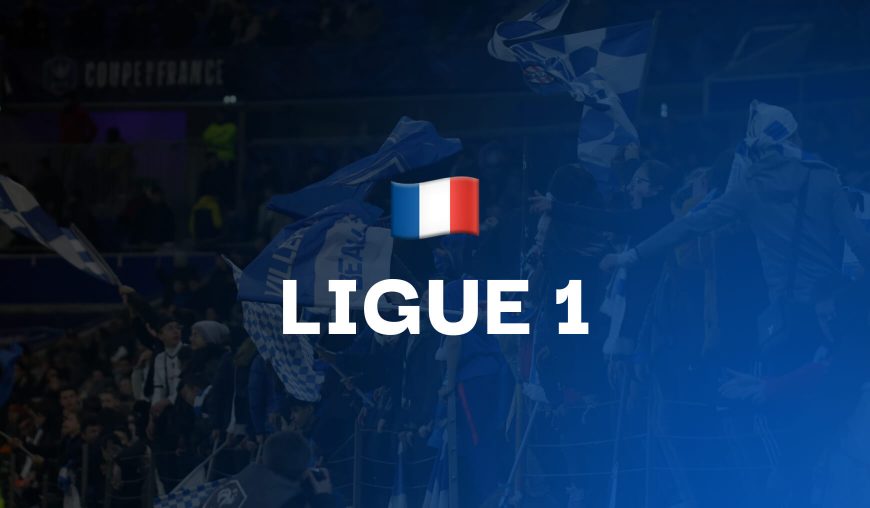 Ahead of Saturday’s match, the equation is quite simple for Bordeaux: win or be relegated. It has been a torturous season for the home side, who sit bottom of the table and have picked up just five wins over the course of the campaign.

When David Guion arrived in February, there was a change of direction towards a more defensively orientated side, but after four successive games in which they failed to score, that appears to have been cast aside. Bordeaux have returned to being a team capable of scoring two or three goals per game and still not winning. Their last six Ligue 1 matches have produced 29 goals.

Lorient, meanwhile, also need a victory to try to edge them away from the playoff spot. Their form lately has seen them lose three successive matches against Rennes, Reims and Marseille, while on the road this season they have conceded an alarming 41 times in 18 games. This propensity to leak goals has seen them concede 12 times in their last three road trips, and while these fixtures have been against considerably better sides than Bordeaux, the hosts have a more prolific attack than nine of the 10 teams directly above them.

Five of Bordeaux’s last six Ligue 1 games have produced more than 2.5 goals, while six of Lorient’s last seven boast this outcome. It would be a surprise, then, if this became the stereotypical relegation closed match.

Nice bounced back from their Coupe de France disappointment in impressive style in midweek, coming from two goals down at half-time to defeat Saint-Etienne 4-2 at home. While their hosts’ abject defending had a role to play in that victory, the manner in which they came from a tight spot to claim three points should provide the home side with a major boost of confidence as they chase a Champions League spot.

Nothing less than six points from their remaining two games will be sufficient for Nice to make the top three, and they should have the resources to overcome Lille. After all, they have won seven of their last eight home matches in all competitions, including a victory over PSG in that run.

Moreover, the hosts will have a virtually full squad to pick from for this match – and they beat Lille 4-0 away from home earlier this season.

On the visitors’ part, they are coping with a weak period of form and are lacking in motivation. They have lost four of their last five matches, with last weekend’s 2-1 loss against Monaco confirming that they will not play European football next season. With players – and probably the coaching staff – set to leave in the summer, the long trip to Nice is one that the squad will struggle to get up for.

Lille have not won in Nice since 2012 – and that run will not end this weekend.

Rennes’ Champions League hopes rest on the outcome of Saturday’s match with second-placed Marseille following a surprise 2-1 defeat to Nantes in midweek. After 10 days off, Bruno Genesio’s side could not take advantage of their opponents’ rotation to pick up a victory over the Coupe de France winners. They did, however, enjoy dominance in much of the game and created plenty of chances.

Rennes are, emphatically, Ligue 1’s second most dangerous attacking side, and that is particularly the case at home, where they have scored 48 goals in just 18 matches. They will likely use these strengths as their main weapon against Marseille.

OM, meanwhile, will make their second trip to Brittany in the space of six days, having won resoundingly 3-0 against Lorient last weekend. They will travel with confidence as they boast 12 wins from 18 matches, in which they have scored 30 goals. Without the injured Dimitri Payet and with numerous players carrying knocks, they face a difficult challenge.

Although Marseille’s defence has been robust in general away from home, the tendency has been for them to be involved in high-scoring matches, with eight of their last nine in Ligue 1 producing more than 2.5 goals. Given the prolific nature of Rennes – for whom nine of the last 12 have produced at least three strikes – this is set to be another thrilling match, particularly if the hosts can get ahead early.

Saint-Etienne face the embarrassing prospect of being consigned to the bottom three if they cannot beat Reims on Saturday. They will be backed by a passionate home crowd imploring them to get the victory, but given recent results, that is certainly not guaranteed. Indeed, they have lost their last three Ligue 1 matches, largely because of their poor defensive work. Over the course of the previous seven games, they have conceded 23 times.

On Wednesday, Sainte suffered a particularly hard blow as they surprisingly led 2-0 at Nice. Defensive errors, though, invited their opponents back into the game and they ultimately collapsed to a 4-2 loss. It is a defeat that is bound to leave scars.

This is a team, though, can attack – and it is likely that when they face Reims at the weekend they see this as the best form of defence. They have scored at least two goals in five of their last seven, for example.

Reims, meanwhile, are not a team that is noted for being in high-scoring fixtures but three of their last four have produced at least 2.5 goals, while the fact they have nothing riding on this game means that that can afford to relax their typically defensive stance. With top scorer Hugo Ekitike back from injury and key man Arber Zeneli expected to have shaken off the knock that saw him replaced early last weekend, they are not short of firepower themselves.

In four of the last five meetings between these clubs, both teams have scored, and while that looks a strong bet again for the weekend, the prospects of over 2.5 goals in this game look healthy.

Sign up to Betfair and get a full refund if your first bet loses. Grab an account through the offer below and place £20 on the 7/1 Ligue 1 Best Bets Accumulator Here are the two possible outcomes: