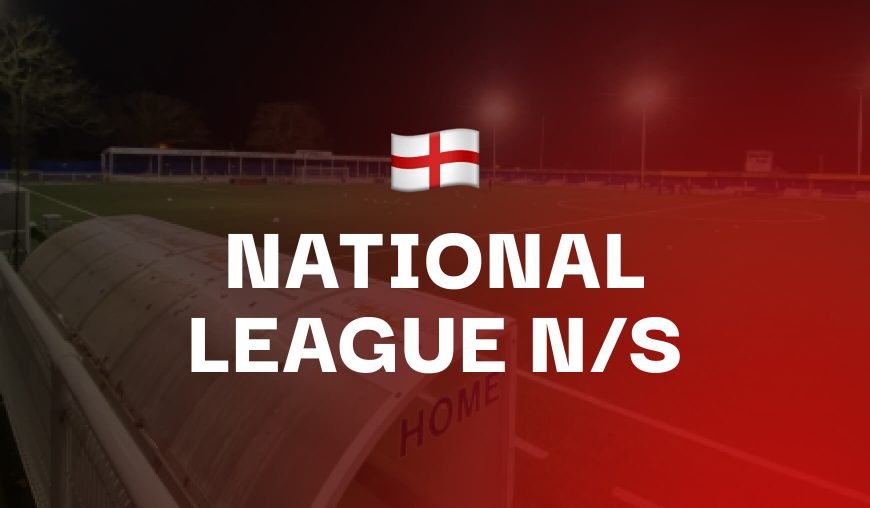 I’m backing AFC Fylde once again as they take on Hereford this weekend.

Prior to James Rowe’s arrival, Fylde looked likely to finish outside of the top three and be required to do things the hard way. However, the ex-Chesterfield manager has guided his side to five wins from seven, including three wins from four at home. Their only poor results so far have come against sides towards the bottom of the table. The Coasters have enjoyed an excellent home record all season, winning 11 of their 17 home matches, including eight of their ten home matches against sides outside of the current top eight.

Hereford have found things tough in recent weeks, winning just one of their last eight matches, and that came away at a Blyth Spartans side who are enduring real struggles. Their form against the top sides doesn’t read great coming into this game. The Bulls have lost six of their last eight matches against sides in the top eight and have also lost six of eight away matches played against sides in the top ten, beating York City and drawing away at Kettering Town. They have scored in just three of those matches. Their recent away record isn’t great in general either, losing five of their last ten and their three victories all coming against sides currently in the bottom six.

AFC Fylde are rightly favourites for this one.

After a huge victory against title challengers Gateshead last weekend and a midweek draw with Curzon Ashton, Brackley Town now lead the league table by a point.

Their incredible defensive and home records are key to their league position. They have played 17 games at St.James Park this season, winning 14, drawing two and conceding just seven goals. Their sole defeat came in mid-September and they are now 14 unbeaten, winning 12 and conceding just three goals. They have won each of their last seven at home, including wins against each of their fellow top four – all by a 1-0 scoreline. They clearly don’t mind playing under pressure.

As for York City, their long unbeaten run came to an end against Boston United a couple of weeks back and it has painted a different picture on their recent form. John Askey’s side have now lost two of their last three, won just two of their last seven and failed to score in three of their last five. Their record against the better sides is an issue. They have lost four and won one of seven matches against sides in the five while also losing nine of 17 matches against sides in the top half of the table.

Brackley Town are now unbeaten in 16 matches, winning 11. I’m expecting that run to be extended this weekend.

Gateshead’s title chances have been hit hard thanks to a 0-0 draw with Bradford Park Avenue and a 1-0 loss at new league leaders Brackley Town but I’m expecting them to respond in style this weekend.

It doesn’t make good reading for Steve Watson’s Chester. They come into this game unbeaten in four but three of those matches were played against sides in the bottom five while the other was a home win against an inconsistent Kettering Town side. They have lost 11 of their 17 away matches this season and notably, five of the six results achieved came against the five sides below them in the league table. That means they have played 12 matches away from home against sides above them and have one point to show for their efforts. They have conceded 30 goals in those matches, conceded two or more goals on eight occasions and losing by more two or more goals on five occasions.

If more reason was needed to back Gateshead this weekend, two games is their longest winless stretch of the season. It’s hard to imagine that extending to three this weekend.

Another week, another huge game at the foot of the National League North as 19th place AFC Telford United take on 21st place Blyth Spartans.

It has taken time but Paul Carden has overseen big change at the New Bucks Head, giving his side a great chance of survival. The Bucks are unbeaten in their last five matches and have lost just six of their last 19. Of those six defeats, five have come against the top seven sides in the division. They have also won five of their nine home matches in that time, losing against Southport, Kidderminster Harriers and Alfreton Town, the latter after going 2-0 up. The draw impressively came against Gateshead. They have won their last two at home and also avoided defeat against Guiseley and Farsley Celtic away from home.

Blyth Spartans, meanwhile, are in freefall. They have lost ten of their last 13 matches and are now in the relegation zone following improved results for Telford and Farsley Celtic. The one thing going for them is goals, Blyth scoring one goal in each of their last six matches. They have also picked up their seven points away from home. However, those results all came against top half sides. They lost their crucial six-pointer with Guiseley and have also been beaten by Chester and Bradford Park Avenue in recent weeks.

Telford have turned a corner and should come into this full of confidence.

Concord Rangers can all but secure survival with victory over fellow strugglers Bath City on Saturday.

The Essex club endured a torrid run of form through the winter months, winning two of 14 matches, a run that saw them slide closer towards the sole relegation spot. However, they have won two and drawn two of their last five, only coming unstuck away at in-form Eastbourne Borough. They also come into this game unbeaten in their last four home matches, winning two and drawing two, scoring eight goals. Their home form has been key to their survival hopes this season, winning seven of their 15 matches at Thames Road and they lost just one match against sides 10th or lower in the table.

Bath City come into this game having shown some signs of life with six points from their last four matches and just one defeat. However, they have still won just one of their last 12 matches in the league and their away form is miserable. Jerry Gill’s side have lost seven of their last eight away from home, their sole point coming away at bottom of the table Welling United. That run also includes defeats against Hemel Hempstead, Chelmsford City and Hampton and Richmond Borough, all of whom are in the bottom half.

Bath City have lost 12 of their 17 away matches this season and it would be of little surprise to see that become 13 from 18 on Saturday.

If Dartford win promotion this season, it will be down to their home form.

The aptly nicknamed Darts remain unbeaten at home this season, winning nine and drawing seven of their matches at Princes Park Stadium. The seven draws may be something of a put-off here but five of those came during a mid-season run of two wins from 13 matches. Since ending that run in late January, they have won eight of 12 matches including five of their six home games, only coming unstuck against a Havant and Waterlooville side that have found form in recent weeks.

For Hemel Hempstead, it’s likely to be a case of coming up against a very good team away from home and not quite having enough to halt them. Lee Bircham’s side have been the epitome of inconsistent since ending a season opening run of five straight defeats, never winning, drawing or losing more than two games in a row. However, patterns have formed in their results. For starters, they have picked up two points from an available 30 against sides in the top six and have lost all five away matches. They have also lost four of their last six away matches in the league, only picking up points against lowly Tonbridge Angels and Welling United.

Dartford are rightly favourites for this one and I’m backing them to extend their unbeaten home run and make it ten wins from 17.

Warren Feeney wasted little time making changes at Welling United, bringing in eight new players and letting go of five upon joining the club. It worked for his first home game, a victory against Chelmsford City, and he will hoping for a similar result when play-off bound Ebbsfleet United come to town on Saturday.

Quite whether they can repeat the feat is debateable. The Wings have been much better at home than away but they have collected all but three of their 20 points against sides in the bottom half of the table. Welling have played sides in the top six on eight occasions and lost all eight, scoring in just three of those matches, including none of the three home games played.

Ebbsfleet United may be enduring their struggles but their record against the sides around the bottom of the table remains excellent. Dennis Kutrieb’s side have played sides in the bottom six on seven occasions, winning five and drawing two, conceding just two goals and none against those in the bottom four. The Fleet have won two of their last four on the road, beating Bath City and St.Albans City, their defeats coming against much improved Havant and Waterlooville and a Braintree Town side that have kept a high number of clean sheets recently.

Despite the changes at Welling, Ebbsfleet remain the stronger side and that should show on Saturday.

Sign up to Betfair and get a full refund if your first bet loses. Grab an account through the offer below and place £20 on the 36/1 National League North & South Best Bets Accumulator. Here are the two possible outcomes: